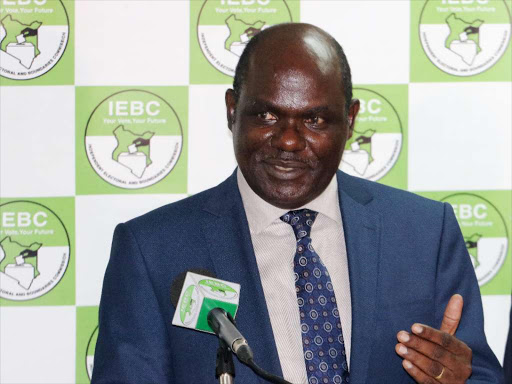 Wafula Wanyonyi Chebukati, the chair of the Independent Electoral and Boundaries Commission (IEBC), is currently working against the clock to announce the winner of the presidential election on schedule.

The Kenyan Constitution states that the Commission must declare the winner of the presidential election within seven days after the election date.

The outcomes are based on Forms 34B collected from the 290 constituencies nationwide.

“Within seven (7) days after the presidential election, the chairperson of the Independent Electoral and Boundaries Commission shall; (a) declare the result of the election; and (b) deliver a written notification of the result to the Chief Justice and the incumbent president,” reads Article 138(10) of the Constitution.

In order to meet the deadline, the Commission must ramp up the pace and quickly release additional Form 34Bs from each of the remaining constituencies.

For instance, the Commission must have at least three forms available every hour while operating around the clock in order to be ready to announce results from at least 60 constituencies every day.

In a statement to the media on Wednesday, August 10, Chebukati expressed certainty that the Commission would complete the tallying within the seven days specified by the Constitution.

“The issue of declaring results, that will not happen today. We have seven days to do that. As the National Returning Officer (NRO), I’m assuring you that we shall do everything to have this process concluded earliest possible,” Chebukati stated.

Up until this point, IEBC has been compiling and posting Forms 34B from various constituencies on its public portal.

READ ALSO  How Kenyans lost millions in Amazon scam to a revered US counsellor
Related Topics:August 2022 ElectionsChairman Wafula ChebukatiIEBCNewsPresidential Tally
Up Next