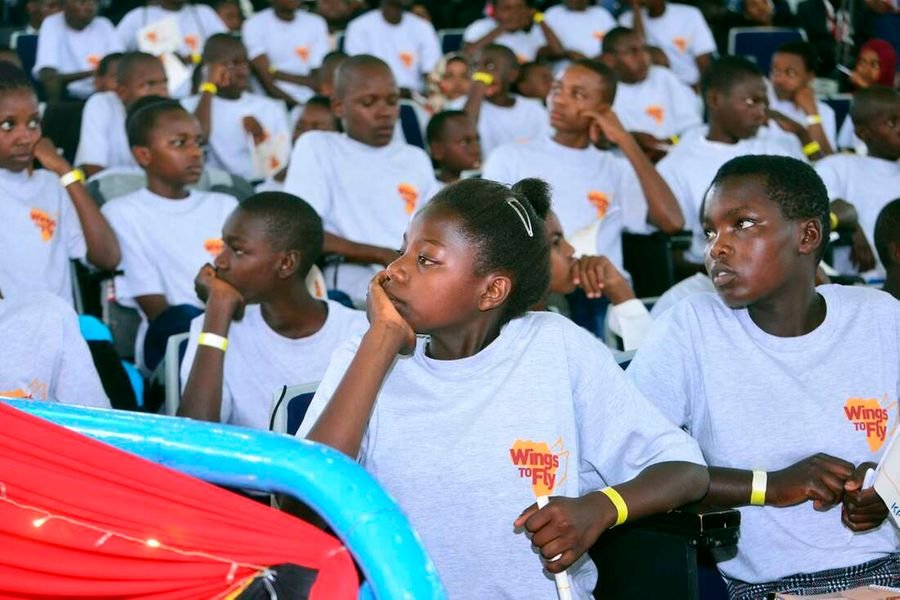 When slightly over a 100 students in the Equity Leadership Programme (ELP) join various universities across the world later this year, the initiative will have surpassed the widely-acclaimed Tom Mboya airlifts that took place about 60 years ago.

Equity has so far facilitated 669 students to obtain scholarships in prestigious universities and colleges in the Americas, Asia, Europe and Africa. Out of these, 149 have been to Ivy League colleges such as Harvard, Yale and Princeton in the US.

The programmes may be 60 years apart, but they draw several parallels.

Between 1959 and 1963, Kenyans and other East Africans were sponsored to study abroad as independence beckoned. The architect, Tom Mboya, knew that the country needed professionals to steer its young economy and democracy soon after the colonialists’ departure.

Mboya, through his high-level network in America, secured hundreds of scholarships after an aggressive overseas tour of universities and colleges.

For four years, tens of administrators, academicians, entrepreneurs and even politicians acquired training abroad before returning home to take up opportunities. By the end of the programme in 1963, 800 students had benefited.

While emphasis then was social sciences, the focus today is predominantly practical sciences and innovations.

‘‘The solutions to our problems as a nation are always within reach, with the right kind of empowerment,’’ says Mr James Mwangi, CEO, Equity Group.

Dr Mwangi, however, argues that focus must shift from merely academics to ‘‘nurturing ethical future leaders’’ who will transform the country into ‘‘an orderly society governed by structures and discipline”.

Every year, Equity Group Foundation selects the top KCSE performers in every sub-county and enrols them to ELP, an intensive programme where they are trained through boot camps and taken through a scholarship application process.

READ ALSO  Kiambu couple, Mukundi and Njeri, to be buried in separate locations

Equity then dispatches the applications to host universities on their behalf, and covers travel and related expenditure for those who get scholarships.

Every year the bank spends Sh3 billion to fund education initiatives, including the Wings to Fly programme that gives full scholarship to secondary school students

For someone who was raised by a peasant mother in Nyagatugu, an obscure village in Murang’a County, supporting hundreds to establish themselves academically and professionally is a personal triumph for Mr Mwangi, and he says ‘‘it keeps me grounded, to remain in touch with the reality of our people”.

After training, internship and fellowships to build participants’ “capacity and competence through exposure to global networks’’, beneficiaries take up jobs in top institutions abroad and at home.

In the Mboya airlift, only a handful of women benefited, among them former Moi University chancellor Miriam Were and the late environmentalist Wangari Maathai.

At 317 (47 per cent) beneficiaries today, there are as many women as men taking up scholarship opportunities to pursue STEM courses abroad in the Equity airlifts.

Microbiologist Maryanne Kihiu, 25, is a haematology researcher at the Children’s Hospital of Philadelphia in Pennsylvania. Winnie Nyakundi works at Rogers Communications, a telecommunications and media company in Ontario, Canada. Electrical engineer Nyakundi, 25, is a graduate of McGill University.

‘‘I got a job soon after graduating in 2018. The pay is good. I’ll begin my masters studies this year,’’ Kihiu told the Nation.

At McGill University, Nyakundi had the education of her dreams.

She had quit her medicine course at a local university ‘‘where we had to share one computer among 10 of us’’.

Born in destitution in Kibera, Felix Oyoo’s academic future was uncertain. With support from Equity Group Foundation, however, he was able to join Orero High School and later Ghana’s Asheshi University to study computer engineering. He’s now a fellow at Aga Khan Academies in Mombasa, after graduating in 2019.

‘‘I’d probably be a father of three or four today. Forever stuck in poverty,’’ he says.

It’s not a sensational claim. His peers are parents, struggling to fend for their families through menial jobs.

‘‘I’m an independent man now, able to chart my way into the future. I can comfortably support my siblings. It’s unbelievable how my life transformed,’’ he says with as much nostalgia as pride.

He hopes to create ‘‘something meaningful’’ that will change the lives of others.

‘‘Mental health is a serious issue among young people. I hope to develop a system that will make it possible for them to acquire the right assistance.”

Bernard Kiprop had an unremarkable childhood in Sacho, Baringo County, where his parents were small-scale farmers. He and his 13 siblings hoped to get jobs and be independent someday.

Then an opportunity to study economics and mathematics at Amherst College in Massachusetts knocked. After five years in the US, Kiprop, 29, returned to Kenya to join One Acre Fund, a firm that funds and trains smallholder farmers.

Kiprop is now working with Gro Intelligence, which provides farmers with agricultural data. He notes: “Most farmers in Kenya incur farming losses year after year due to lack of practical information. My desire is to empower people to farm better by providing this data. Solar farming, for instance, is a better venture in a county such as Baringo that experiences drought, leading to crop failure.”

Are beneficiaries obligated to return home? No.

Mr Mwangi explains: “We give them a moral responsibility to come back and disrupt the economy. It’s a free scholarship. Students can work anywhere.”

Some, like Kihiu and Nyakundi, choose to stay put. Others, like Oyoo and Kiprop, return home to establish their careers here.

“I feared I might not secure a job easily in Kenya. Besides, Kenyan hospitals may not pay me as much as I’m earning here,” laments Kihiu, who graduated from Bryn Mawr College in the US in 2019.

Her fear is not unfounded.

Entry-level jobs in most companies come with frustrations. It also takes longer to rise through the ranks, and graduates from foreign universities aren’t spared.

The design of this programme, however, allows students to stay abroad for at least five years to build their confidence and attain the right experience.

Upon return, they are qualified to join mid-level management where their leadership skills can be spotted easily.

The Kenyan student population abroad bulges by the year.

“There are more than 20 other Kenyan students in McGill University alone. We’re a huge community here,” says Nyakundi.

Corporates, Mr Mwangi says, must step up their contribution to the society by investing in young people.

Arrow Bwoy: I was planning to tour US, Europe and Australia – then Covid hit

The William Ruto many don’t know