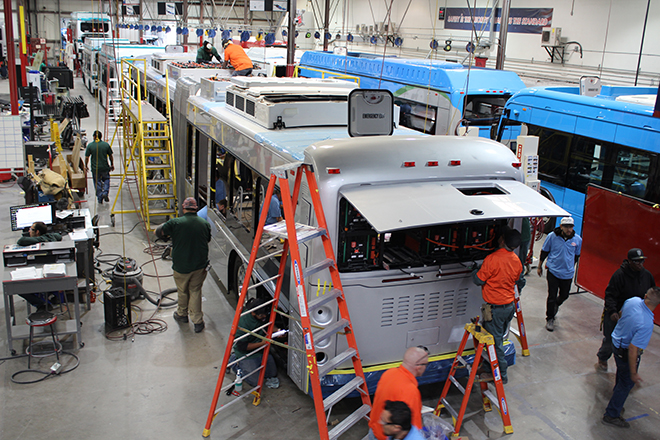 A venture that began as university research is now destined to become one of Kenya’s first electric bus manufacturers.

The corporation just received Sh8 billion in investment to expand its operations in Kenya and Africa.

The company was created in 2017 and is the premier supplier of electric vehicles that are designed and manufactured locally. It has also hired Kenyans to work in its workshop.

The students looked for a place where their electric mobility idea could have the most impact and decided on Kenya.

The firm is now running a pilot program ahead of the commercial launch of ten buses in the second half of 2022.

The government is likewise leaning toward electric cars, announcing that the still-under-construction Bus Rapid Transit (BRT) system will only accept electric buses.

“The buses are to be considered in three options based on propulsion technology [namely] biodiesel, hybrid, electric and the options for sale or a proposed lease tenure covering a three, seven and 12 years period,” said the Nairobi Metropolitan Area Transport Authority (Namata) acting Director-General, Francis Gitau, in a notice published in local dailies.

“This first electric bus is set to be launched commercially mid this year. Following this, the platform will be tested at scale in commercial deployment of 10 buses during the second half of 2022.

“In doing so, we ensure that we gather valuable feedback to continue the development of the product for an optimized market fit. It feels great to be the first movers in this very exciting space,” Opibus Project Coordinator for Public Transport Dennis Wakaba said in a recent interview.

The company had been modifying obsolete petroleum engines to use electric modules before switching to electric buses.

Tour van operators and SUVs with conversion expenditures of more over Sh4 million were among their most popular customers.

Given the popularity of boda boda as a mode of public transportation, Opibus also produced electric motorcycles.

According to Fransua Vytautas Razvadauskas, a market research analyst, Kenya would have 1.8 million motorcycles and mopeds in 2021, compared to 1.2 million passenger automobiles.

The motorbikes are priced at Sh160,000. They have a range of up to 200 kilometers and a top speed of 90 kilometers per hour.