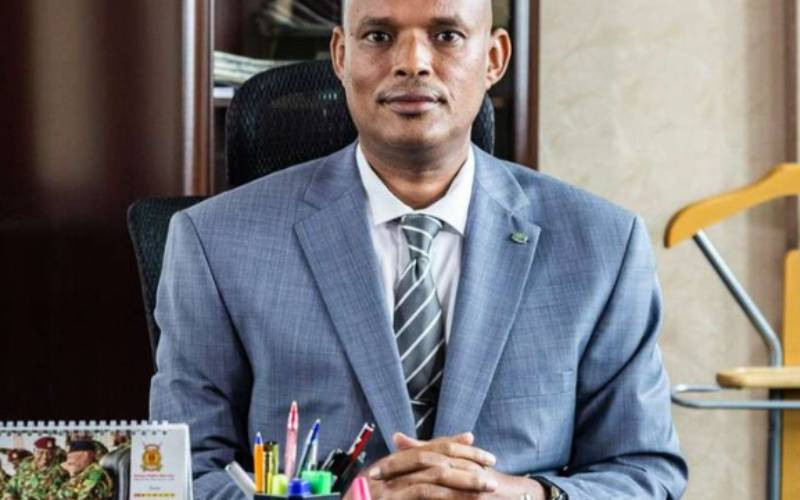 The new DCI boss, who replaces George Kinoti, outsmarted nine other applicants for the position, demonstrating that he was the tenacious leader required to succeed George Kinoti as DCI boss.

Amin will get a basic salary of Ksh372,750 and a gross pay of Ksh621,250, under the Salaries and Remuneration Commission’s (SRC) evaluation of compensation and benefits for the fiscal year 2022/2023.

He will also earn a Ksh100,000 housing allowance and a Ksh148,500 pay market adjustment. Amin will also receive a formal government vehicle with a maximum 3,000cc engine capacity.

He will be covered by group life insurance for a sum equal to three times the yearly pensionable emoluments.

Additionally, he will receive airtime valued at Ksh20,000 per month, a daily sustenance stipend for foreign and domestic travel, an annual leave allowance valued at Ksh50,000 per year, and a special responsibility allowance.

READ ALSO  MUST WATCH VIDEO: We all need somebody to "stand on," say chicken an cat
Related Topics:Amin Mohamed IbrahimDirectorate of Criminal Investigations (DCI)NewsSalary and Benefits.
Up Next