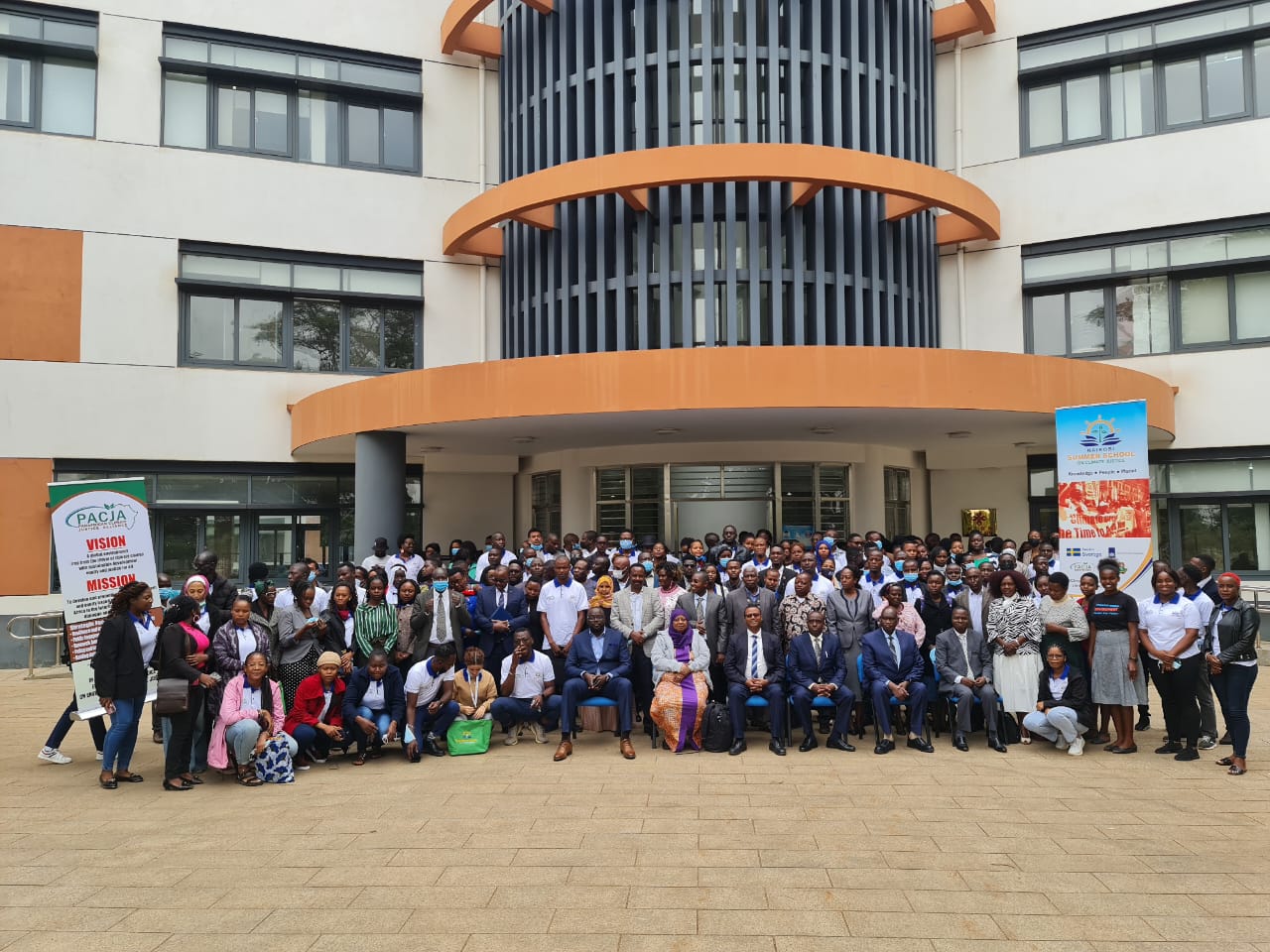 Africa’s quest to effectively engage the global north on climate change talks goes a notch higher this week as hundreds of youths from around Africa gather at the Kenyatta University for the second edition of the Nairobi Summer School on Climate Justice with the hope to enhance their activism capacities.

Supported by The Nairobi summer school on climate justice, a platform created by the Pan African Climate Justice Alliance (PACJA), the youth will spend the next two weeks engaging with experts, researchers, academicians and established climate campaigners and activists. They will also get time for a field visit to gain practical knowledge of green initiatives.

He said the youth give Africa hope and involving them in climate activism makes sense. “Our destiny is in our own hands. We must equip the youth to engage with their governments and demand effective and adequate policies that will cater for their just, low carbon future,” said Mwangi.

He said it is prudent for the current crop of climate justice advocates to invest in building the capacities of the youth to help deliver a future that is just, fair and sustainable. This begins with the COP 27 set to take place in Egypt coming November.

Julius Mbatia, of Act Alliance said as a youth, there is an opportunity to learn through the ropes. Giving personal experiences, he said he left Kenya to COP22 not knowing where he would sleep. “Passion however kept me moving on and tapped into the experiences of other established activists in the global COP discussion processes,” he said.

Lucky Abeng, a young climate activist and coordinator, Commonwealth Youth Climate Change Network (CYCN) in Nigeria said whenever it comes to climate negotiations; young people are usually relegated to observers. “This must change. Let the youth negotiate for themselves and bring on board ideas they think can work for them,” he said.

On the other hand, Elizabeth Gululu from Zimbabwe said the youths must be encouraged to form platforms that they could use to engage.

However, adds Dr Koske, the voices of the frontline communities who bear the devastating impacts of climate change continue to miss out from climate justice debates.

For example, he noted, universities in the North offer specific programs on Environmental and Climate Justice. “But their content do not adequately represent the contexts and challenges of frontline communities such as those in Africa. Contexts and concerns of indigenous communities, smallholder farmers, fisher folk, women and youth, among others, who constitute the majority of people affected by the collective failures to act decisively on climate change are deliberately left out,” he said.

According to Ayele Kabede, who works for the Sweden International Development Agency noted that climate justice campaigning actions offer the biggest opportunity to rebuild a world led by indigenous knowledge forms, worldviews and ways of living.

He said the concept of climate justice underscores the unfairness against countries and groups that have least contributed to rising temperatures being most at risk.

“The impacts of climate change can exacerbate inequitable social conditions from extreme weather to rising sea levels. The effects of climate change often have disproportionate effects on historically marginalized or underserved communities, it can upset daily lives in countless and unpredicted ways,” he said.

Many victims of climate change also have disproportionately low responsibility for causing the emissions responsible for climate change in the first place particularly youth or people of any age living in developing countries that produce fewer emissions per capita than is the case in the major polluting countries. Inequality grows in the aftermath of climate related disasters like hurricanes.

“Climate justice has become the fulcrum of viewing and articulating climate change related issues that affect vulnerable communities in Africa. This is because Africa is increasingly claiming space in the international forums to firm their position on the subject,” said Mwangi.

The inaugural Nairobi summer School on Climate Justice held from August 30 – 11 September 2021 at the Kenyatta University. Over 500 participants drawn from the Global South regions including Africa, Latin America, Asia, and the Caribbean attended.

Kenyan nurses’ first cohort to depart for the UK on Tuesday