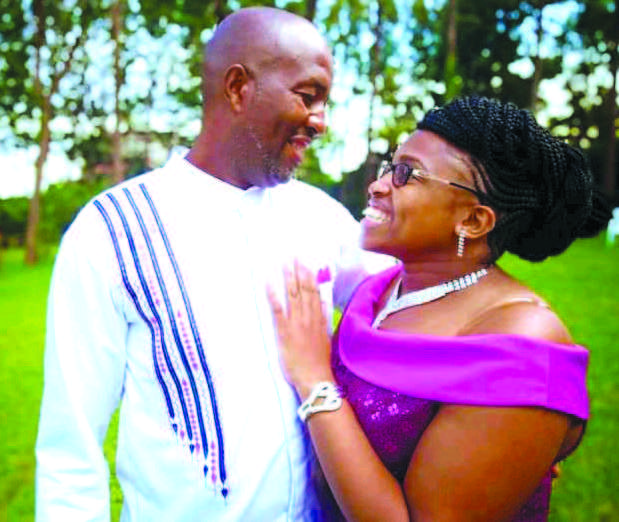 Redempta Mbugua-Njui was only 18, when she was raped by a gang of thugs who had attacked her parents’ home soon after her dad’s burial.

“The thugs terrorised us and the worst part is that they raped me and left me for dead. I was taken to hospital, but little did we know that I had already conceived,” says Redemptaorn who was born in the little village of Riagithu in Ngewa Ward, Kiambu county in a family of 12 siblings.

Redempta who had just completed her secondary education got a job as a cashier at her brother-in-law’s business. “I saved money to buy clothes for my baby and kept aside some money that I would pay for maternity services. I never wanted to be a bother to anyone,” she says.

On December 19, 1999, Redempta welcomed a baby boy and named him Mbugua after her late dad. “I promised myself not to hate him. When the baby turned four months, I was to join the University of Nairobi to pursue law degree, but it never came to be. He fell sick and would get fevers and convulsions. We rushed him to a local clinic where he was examined and we were referred to Thika Hospital where the baby was admitted and treated. On the same night, the doctor pronounced that the baby had a meningitis attack, which would either cause his death or leave him physically and mentally challenged. He ended up with cerebral palsy,” she explains.

The news came as a shock for the young mother and all she could do was cry. She sought further treatment at Kenyatta National Hospital (KNH) where she and her baby spent a whole year. She opines: “At KNH, life was hard in the children’s ward. They would only offer a baby cot, but for the parents, you had to take care of your sleeping needs. I would borrow cartons from the pharmacy and use them as my mattress, then cover myself with baby’s blanket. Since I could not afford diapers, I would wash napkins and hang them outside, and at times I would find them all stolen. Some nurses would insult me for giving birth at my teenage; little did they know what I was going through.”

Even after the baby was discharged from hospital, he would still experience fevers and be re-admitted again. “Sometimes, we would be discharged and on reaching the bus station; the baby would get seizures and convulsions and we would go back to the ward. It was tough for me, but through the grace of God and support from my family, I made it through,” Redempta shares.

In August 2001 when the baby stabilised, her mother and elder brother opted to take her to a college, which was offering office practice courses, book keeping and accounts. “I enrolled in the institution and started my academic journey. I was a student during the day, and in the evening I would go home to look after my baby. It was tough being a teenage mum, but I got all the support that I needed,” she notes.

In 2004 after her graduation, Redempta went back home and would assist her mum

with house chores and other farm activities. “I was always an early riser and very hard working. I would wake up at 5.30am do my chores, and in the afternoon, I would go to other people’s homes to either wash clothes or cut nappier grass for a pay. The maximum I was being given was Sh100. I would at least afford to buy clothes for my baby and also diapers for a change. However, deep down, I was slowly ailing and sinking into depression. I hated myself all through despite assurance from my siblings,” she says.

Saved in the nick of time

At one time, she attempted suicide, but her sister-in-law came and helped her in the nick of time. “I took a packet of piriton, crushed them and wanted to give them to my baby then hang myself. It was a cold morning. As I was about to give the baby the dose, my sister-in-love came without even knocking on the door to check on me. She screamed and told me not to hurt myself or the baby. It still remains a mystery how she knew what I had planned to do,” she recalls Redempta eventually got a job at a law firm. It was while working there that she met her husband. “Even after disclosing to him that I had a baby who was mentally and physically challenged and I wanted no man in my life, he still pursued me and we became good friends. He loved me unconditionally and went on to introduce me to his mum who has been my closest confidant, friend and advisor for the past 15 years that I have been married to her son,” she adds.

READ ALSO  The stage is set for this week's supreme battle

The 40-year-old is now a mother of five boys aged 21,14, 12, nine and four years. She terms her husband as her best friend. “We have built our marriage on trust, love and communication. He took me back to school and I enrolled for a Public Relations course. I still have hopes of enrolling in the university and pursue a degree in law,” she reveals. Redempta works as a senior customer relationship officer at a local bank.

According to her, being a mother of a baby with special needs requires a lot of grace and support from loved ones. “”If you don’t get the support you need, you are likely to throw in the towel. As a working mother, I made the decision to spend time with my children. I am also a tough mother and if I say ‘no’ it remains a no. It’s important to give your family unconditional love. This one, they will never find from anyone else,” she says.

Its important to give your family unconditional love. This one, they will never find from anyone else