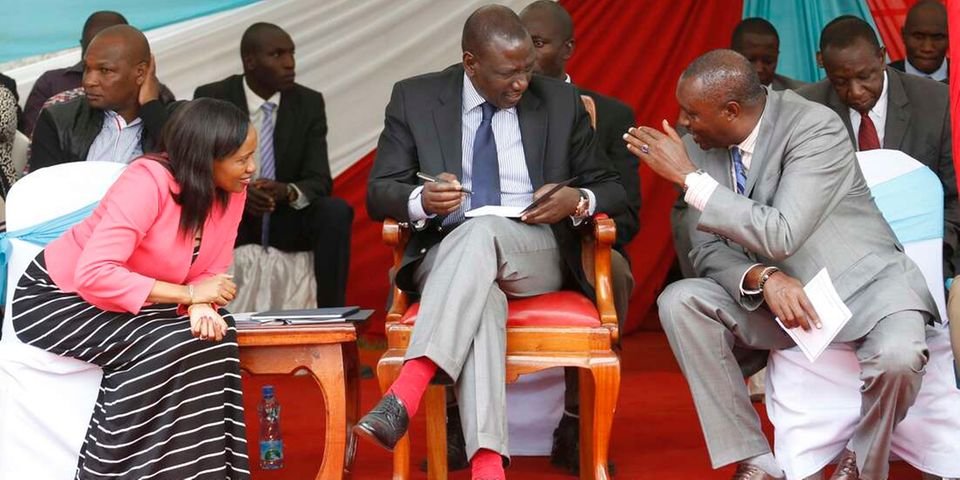 The fight for the control of the United Democratic Alliance party in Nakuru County by Deputy President William Ruto’s close allies has put the deputy president in a dilemma.

Senator Susan Kihika and Bahati MP Kimani Ngunjiri, seem to be reading from different scripts and efforts by the deputy president to reconcile the two leaders seem to have hit a snag.

“It’s no longer a secret that Mr Ngunjiri and Ms Kihika have failed to agree on the UDA leadership model in Nakuru County and efforts by the DP to end the row have not yielded any fruits,” said a former ally of Mr Ngunjiri.

On her Facebook page Ms Kihika said: “BBI is dead and dusted. My No vote for BBI is vindicated tonight. There is God in heaven, I salute the Judiciary of Kenya.”

On his part, Mr Ngunjiri said: “Having been one of the ardent proponents of the BBI process, I believe ODM leader Raila Odinga and President Uhuru Kenyatta had good intentions for this country and time will tell.”

He continued: “I feel the process was later hijacked and politicised by the enemies of unity and development in this country. The judges made their ruling because they felt the independence of the Judiciary was threatened by BBI proposals like the creation of the position of a Judiciary Ombudsman.”

But the Bahati legislator, who had been a critic of Mr Odinga praised the ODM leader saying: “Mr Raila Odinga you’ve tried for this country and history will judge you well.”

This came days after Mr Odinga made a tour of Nakuru Town in the company of governors Anne Waiguru (Kirinyaga), Lee Kinyanjui (Nakuru) and Wycliffe Oparanya (Kakamega).

Soon after Mr Odinga’s tour, Mr Ngunjiri met Governor Kinyanjui who will be defending his seat that is also being eyed by Senator.

The meeting between Governor Kinyanjui and Mr Ngunjiri, which the county boss described as a “courtesy call”, signalled a big U-turn for the outspoken Bahati MP who has been his critic.

“We discussed issues affecting the people of Bahati and how we will work together to solve them,” said Mr Kinyanjui.

He added: “I appreciate the support from Mr Ngunjiri and his promise to work with us for the benefit of Bahati and Nakuru residents.”

The new political alliance between Mr Ngunjiri and Governor Kinyanjui may tilt the scale in the 2022 Nakuru County gubernatorial race in favour of the incumbent, considering that Bahati legislator commands a huge following in the region.

“Mr Ngunjiri has been the chairman of Nakuru County MPs for the past eight years and a former chairman of Kanu for 10 years and you cannot ignore his massive grassroots mobilisation skills if he sticks with Governor Kinyanjui ahead of the 2022 elections,” said Mr Joe Omondi a political analyst in Nakuru Town.

Mr Joseph Ngugi, a political commentator in Nakuru said Mr Ngunjiri may be on his way back to Jubilee or any other Mount Kenya-backed political party.

“The ‘courtesy call’ Mr Ngunjiri paid to Mr Kinyanjui is an indication that the two are mending fences and Mr Ngunjiri will probably be more comfortable with Governor Kinyanjui clinching his second term in office rather than see Senator Kihika become the next governor of Nakuru,” said Mr Ngugi.