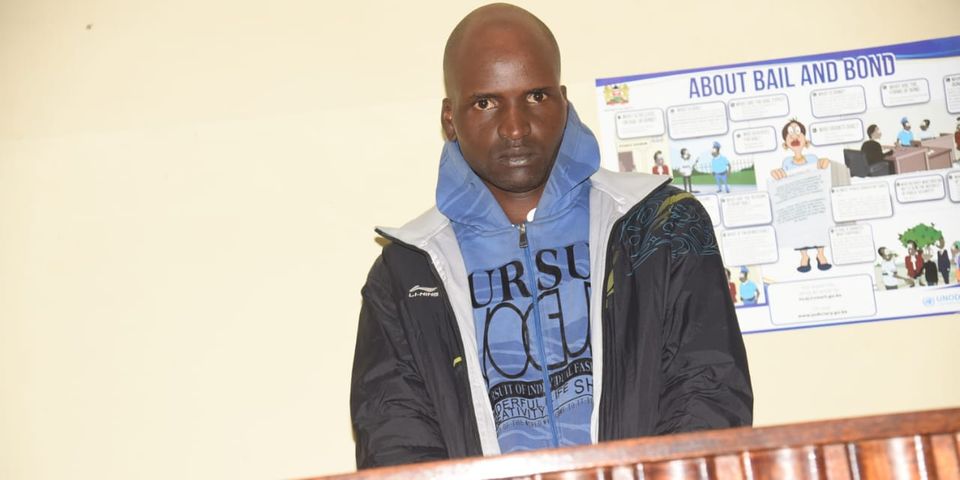 A security guard suspected in the murder of a first-year student at Karatina University attempted suicide before being apprehended by authorities.

The man, identified as Ezra Kipkemei Kemboi, attempted to end his life by piercing his hand, the court in Nakuru was informed on Thursday.

“He was arrested a health facility in Nandi South where he had gone to seek treatment after he attempted to commit suicide,” said the officer.

Mr Kipkoros urged the court to allow police to detain the suspect as they conclude investigations, arguing that he is a flight risk.

Mr Kipkemei is the main suspect in the murder of 19-year-old Phyllis Jepleting Jeruto, whose decomposing body was found inside his house at Naka estate in Nakuru County.

READ ALSO   Man dies after burning himself and his 2-year-old child in a car
Related Topics:Ezra Kipkemei KemboiNews
Up Next

Robber calls victim to give details of his accomplice