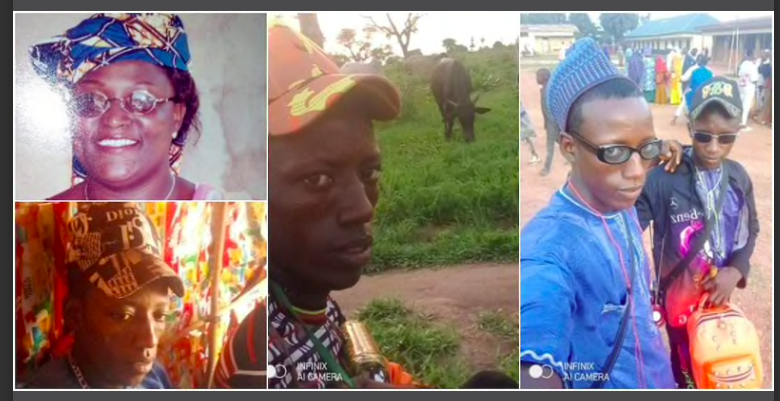 Suspected herders stole a Nigerian woman’s phone, and the former took to the victim’s Facebook page to upload their photos on it.

“Because they are very sure of getting away with it. Let it be from another region, the entire motorized battalion will be released in search of them. Meanwhile, they’re just senseless.”

“This can only happen in a country where nothing is working. Intelligence gathering is a failure. Tracking of stolen phones has also failed.”

“Not surprised. Fulani Herdsmen are the first-class citizen in this country. The rest of us are second fiddle.”

“The truth is that, they don’t hide at all, they are well within us and Nigeria security knows this, so they don’t fear at all, but God Will help us.”

A surveillance video showing how a police officer was mugged while controlling traffic along Kangundo Road sparked mixed reactions online.

The traffic officer was clearly unaware of the presence and intention of the suspect who was behind him waiting for the right time to strike as the law enforcer talked on the phone.

After seconds of sitting on his motorcycle just behind the officer, the suspect rode past the officer and in a blink of an eye, he had already snatched the phone and was already riding away.

The officer was seen running desperately after the boda boda rider but after failing to catch up with him, he hopped onto another motorcycle.

READ ALSO  VIDEO: Did you miss this year's National Mashujaa Day Celebrations event? Here it is

On social media platforms, many Kenyans opined that traffic officers now need security given the incident happened months after another cop was mugged.