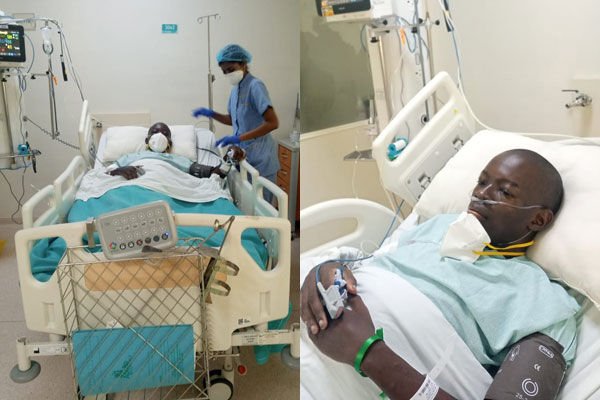 Anger. Fear. Frustration. Helplessness. These words cannot even begin to express the plight of Kenyans living in India, a country caught up in a coronavirus infection crisis.

“My son is sick, we came over on a Saturday amid a total lockdown due to the Covid-19 crisis, he was badly off when we arrived on April 9 and after a series of tests doctors confirmed he is in Stage Four,” she reveals.

According to Cancer Treatment Centers of America, blood cancers occur when abnormal blood cells start growing out of control, interrupting the function of normal blood cells, which fight off infections and produce new blood cells.

The three main types of blood cancer are leukemia, lymphoma and myeloma.

The mother of five says the family has depleted funds after spending Sh1.8 million on treatment, Sh2.26 million on chemotherapy and at the moment an urgent bone marrow transplant needs to be done that will cost Sh5.5 million.

“When we arrived, his white blood cell count was at three million but Indian doctors have worked hard to deal with the situation after placing him under very heavy chemotherapy and as of Thursday the count had dropped to a thousand,” she narrates tearfully.

The woman adds she is not allowed out of the cancer wards.

“When I saw Health Cabinet Secretary Kagwe on TV banning flights to and from India, my heart sank and I cried because the other day I got good news from home that my sons had done tests and found a match.

“One is supposed to fly over and donate bone marrow to save his brother’s life as the transplant is happening soon. I don’t know what to do now,” Ms Arwa told the Nation.

She is extremely scared that with a new Indian variant of Covid-19 in the picture and ever-spiraling number of infections in the Asian country, her son’s  immunity might not be robust enough to fight off infections. 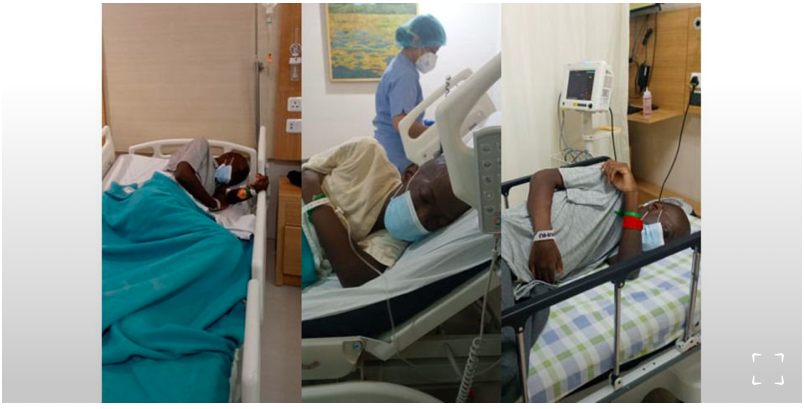 Mr Boitt never in his entire life imagined he would bid farewell to her via the internet.

He could not travel due to the surge in coronavirus infections holding the Asian country hostage.

“I did not expect Covid-19 would rob me of my mother, who was living deep in the village, where I thought it is much safer. What hurt most is that she died due to lack of oxygen, which ran out 17 days after she was admitted to Kitale Hospital. Shockingly, we were charged Sh245,000 for it,” he narrates.

A leader with the association of Kenyan students in India, Mr Boitt says things are bad.

“We are just on standby waiting for anything to happen. There is no panic, however, contrary to exaggerations in some social media posts, but we anticipate a lockdown on Indian airspaces as there has been so much talk about that.”

READ ALSO  Peres Jepchirchir: My legs won me medals and changed our lives

Mr Boitt adds he knows of three Kenyan students who have contracted coronavirus and are recovering in their houses.

“I was sceptical at first about vaccination but now I realise and encourage fellow Kenyans here to get the jab and listen to experts so as to avoid being hospitalised.”

On Saturday, reports emerged that India may face vaccine shortages over the next few months as Serum Institute of India, the world’s largest vaccine maker, embarks on ramping up capacity to 100 million doses by July this year.

“There were no orders and we didn’t think we needed to make more than 1 billion doses a year,” said  Adar Poonawalla, the big pharma’s CEO.

Last week, the Indian government indicated that after Maharashtra, Gujarat and New Delhi, projections showed Uttar Pradesh was slated to report more than 190,000 cases every day by the end of the month of April.

The projections were made by Mr VK Paul, who heads a key central health panel during a presentation attended by Premier Narendra Modi and chief ministers of high-caseload states.

“Heavily populated states are at particular risk and health infrastructure in states is not adequate enough to cope with the present scenario,” he said.