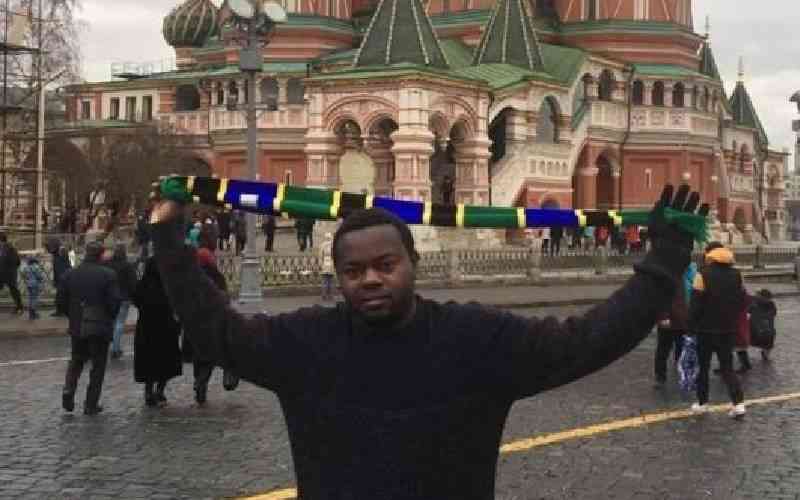 The family of a Tanzanian student who was in prison in Russia says it has confirmation that he was killed fighting for Russia’s Wagner Group of mercenaries in Ukraine.

According to Tanzanian media, Nemes Tarimo, 33, was reportedly told he would be freed if he participated in a fight in Ukraine after being detained on drug-related charges in Russia.

According to Tarimo’s kin, several of his Russian pals informed them of his passing in late December. Later, the Tanzanian Embassy in Moscow confirmed his passing to them.

They said that there were rumors that Tarimo had perished in Bakhmut, a village in eastern Ukraine that had seen intense fighting during Russia’s conflict with that country. None of the reports have been verified.

Tarimo’s family members have not yet seen his body. Men in military fatigues are seen carrying candles around a coffin in a video that’s going viral on social media. On the casket, which is covered in a Wagner flag, are seen to be a picture of Tarimo, two medals, and a certificate.

Rehema Kigobe, Tarimo’s sister, said the family does not fully understand what happened to him. She said his relatives were hurt because they had seen news circulating that showed he’d been killed fighting for Russia, something they were not aware he was doing. She said he’d received a master’s scholarship to study in Russia.

Some family members, like Alphone John, Tarimo’s grandfather, were shocked by the news that he’d been on the battlefield.”We wonder how he managed to go to the war, because he has never undergone any military training, even at the primary level when he left here,” John said through a translator.

“Nemes grew up to be a very handsome young man,” she said through a translator. “He has been very respectful, calm and kind. He used to come out of school, and often you’ll find him at his computer, doing his work. He was not a person who prefers bad groups.”