Teacher in trouble over story on her daily 20km trek 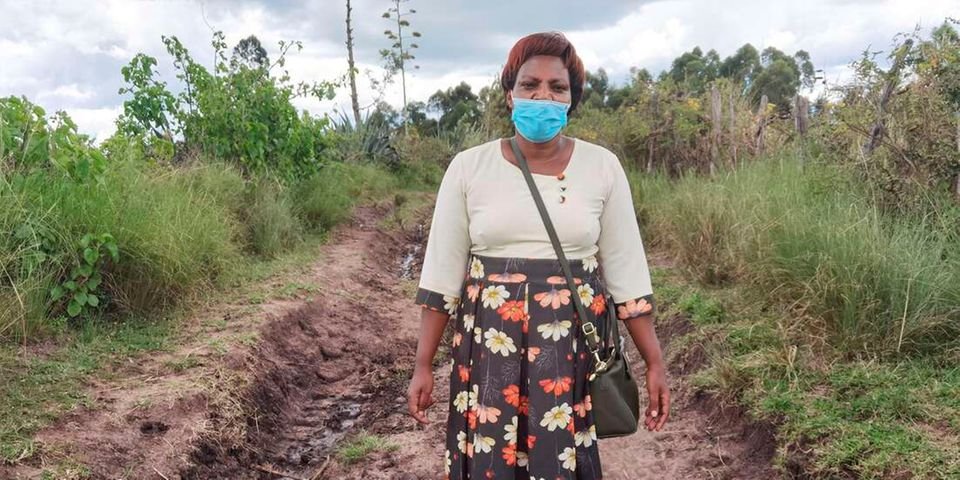 The Education ministry has asked a teacher who braves a 20-kilometre round trip to deliver exams to her 18 candidates in Trans Mara East, Narok County, to record a statement over a story published by the Nation Newspapers on her plight.

Officials from the ministry yesterday summoned the teacher to explain why she spoke to the media and allowed journalists to accompany her on one of her trips last Friday.

The officials said Mrs Magdalene Kimani, the Sosiana High School principal, was not authorised to speak to journalists.

And in what appeared to be disputing the 20-kilometre trek, ministry officials who spoke to the Nation Newspapers claimed that the teacher only does nine kilometres.

Trans Mara East Sub-county Director of Education Steve Gachie claimed the story had caused him a lot of trouble with his bosses demanding that he verify whether indeed the teacher trekked 20 kilometres daily.

In what he termed as name tarnishing and insubordination, Mr Gachie said: “You people have made me go through a lot of hell. Now I’m being asked if she walks for 20 kilometres. You are exaggerating; it’s not 20 kilometres and you just want to get news. Again, that is not the way we work. You should have verified with the office how long she treks. She does nine kilometres.”

“Tomorrow I’ll go with her, alight at the last point, and walk from that point to school and document that. Walking is not a crime. I’ll verify tomorrow exactly how far she walks. I’ve asked and have been told it’s less than five kilometres,” Mr Gachie said yesterday.

The Nation Newspapers had estimated that Ms Kimani would have walked a distance of more than 320 kilometres, an equivalent to trekking from Nairobi to Bungoma town, by the time the KCSE exams are over.

Seeking to walk in her shoes, the Nation Newspapers accompanied her during one of her trips on Friday last week, revealing what hundreds, if not thousands, of rural teachers are going through just to ensure candidates sit their exams.

With two police officers in tow, Mrs Kimani endures the morning chill and trudges through the muddy Murkan-Sosiana road that is full of bushes and boulders. She crosses the seasonal River Kibailuk and finally scales a hill to where the school is situated, 10 kilometres from Murkan centre.

Curfew hours in 5 counties to run until end of May, Matiang’i says