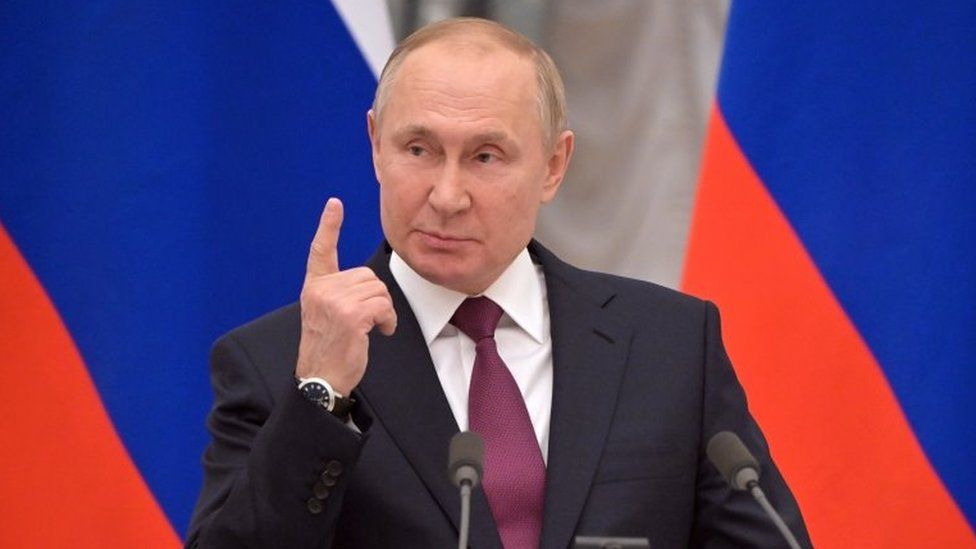 Putin made the move Sunday in response to what he termed as “aggressive statements” by leading NATO powers and economic sanctions by the West.

The directive, according to experts, means Putin has ordered Russia’s nuclear weapons prepared for increased readiness to launch.

White House press secretary Jen Psaki said Sunday that the decision was part of a wider pattern of unprovoked escalation and “manufactured threats” from the Kremlin.

“This is really a pattern that we’ve seen from President Putin through the course of this conflict, which is manufacturing threats that don’t exist in order to justify further aggression — and the global community and the American people should look at it through that prism,” Psaki told ABC’s George Stephanopoulos on “This Week.”

Following the reports,  a senior Defense Department official told reporters on condition of anonymity to discuss intelligence matters said “Russia is under no threat from the United States and its NATO allies, and a miscalculation could be dangerous.”

He added that The Pentagon is confident it can protect the United States and its allies.

U.S. Ambassador to the United Nations Linda Thomas-Greenfield said Putin is “continuing to escalate” the war in Ukraine in a way that is “unacceptable.”

This came shortly before  the office of Ukrainian President Volodymyr Zelenskyy said a delegation would meet with Russian officials for talks, near the Belarus border.

Thomas-Greenfield expressed hope for prospective peace talks. “We’ll look forward to what comes out of those discussions,” she told CNN’s “State of the Union.”

On Sunday, Russian troops entered Kharkiv, Ukraine’s second-largest city, and fighting is underway in the streets, according to the Associated Press. Videos posted on Ukrainian media and social networks showed Russian vehicles moving across Kharkiv and a light vehicle burning on the street. Residents were urged to stay inside.

Related Topics:NewsPutinRussia Ukraine
Up Next