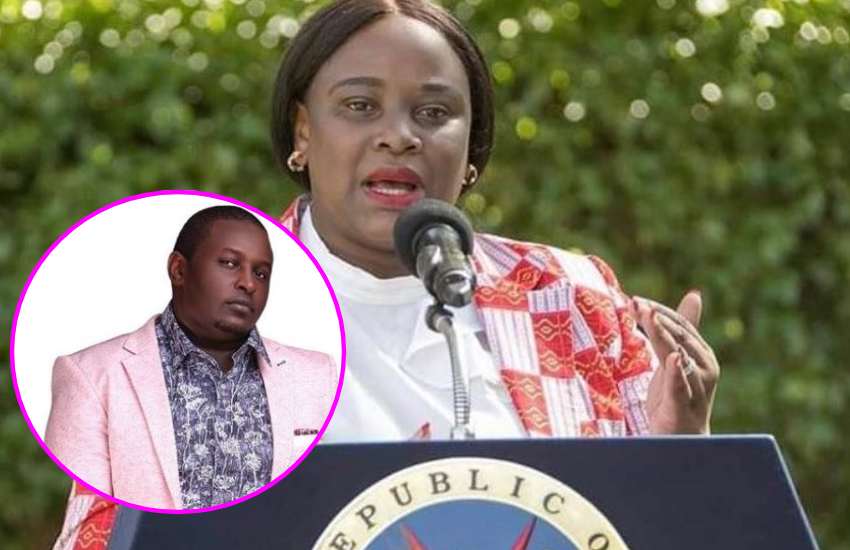 Making her first public appearance at the State Lodge located in Mathira Constituency, Nyeri County, after returning from maternity leave, Kanze became a troll target over her perceived weight gain, irking the comedian who let rip at the body-shamers saying their criticism was disheartening.

Opening up about his experience Terrence said he faces the cruelty daily and advised Kanze not to pay even a fraction of her attention to the trolls. “Just gone through some trolls that people send to Kanze and it’s disheartening. I experience this every day. I see people insult us because of our size and wonder what really makes them happy but I realize, I am not the problem, they are. Kanze, this too shall pass. Usistress, ata ukikonda bado hawata kupenda, uliza Eric Omondi. Just be yourself, God shall deal with them,” he wrote.

Also clapping back was veteran Nigeria-based Kenyan gospel singer Emmy Kosgei who called for civility on social media, appreciation of motherhood and demanded respect from society towards women. “I categorically condemn any kind of body-shaming or cyberbullying on any woman out there! It is a shame! No woman should go through this… It is uncouth and mean… Someone could be going through something or body changes. Women should be respected! Period!! They represent womanhood, including your mother’s and sisters! Please be kind on social media, don’t be a reason for someone’s tears!” Advised the Taunet Nelel chanteuse.

Gutted by the negativity, fellow entertainer Wahu Kagwi in support of the former Citizen TV anchor posted, “Such a shame to see people (more so women) body shaming a woman especially after she’s just given birth…we can do better guys… let’s be better.”