Terence Creative: Top comedian who was once a street boy 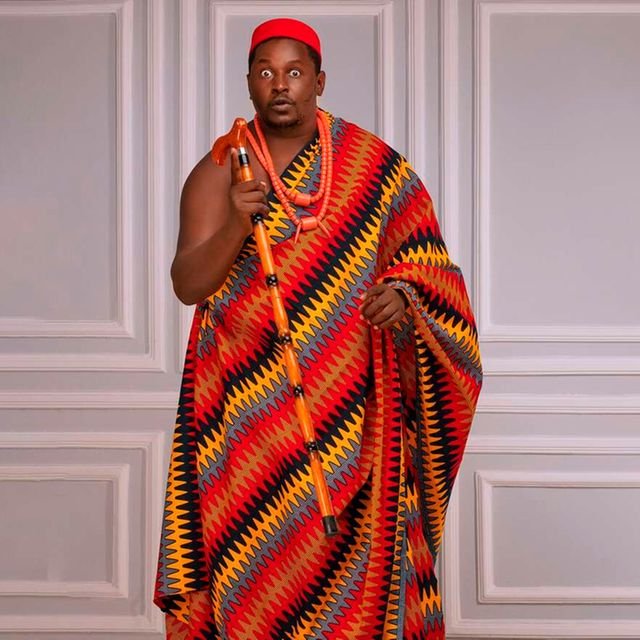 If you’ve been spending some time online in the last couple of days, you must have come across a viral video where those words are uttered. The paragraph above is an extract from the comical skit Kemikal by content creator Terence Creative, whose real name is Lawrence Macharia.

In the skit, Terence plays a Congolese “wash wash” (fake money con game) fraudster named Freddie who has a taste for the fine things in life.

Freddie goes about conning his wealthy clients disguising himself as an accomplished businessman with connections and an acumen that could possibly rival that of the world’s wealthiest business people.

For the last three weeks, Kemikal has been trending across all social media platforms, with #KemikalChallenge being among the top trends on Twitter. The video, which was uploaded in two parts on YouTube, has already garnered more than one million views.

Whereas the skit is very comical and timely — it was released at a time when the country was witnessing a rise in the number of money laundering schemes commonly known as “wash wash” — Terence tells the Sunday Nation it was based on a true story.

“That actually happened to me exactly as I demonstrated. After a performance in Club Tribeka in Nairobi a guy I had never met before followed me and sold me this idea on how we could do business together and make more money. I was broke and desperate at the time, trying to break into the industry. I borrowed Sh20,000 and the guy performed the trick on me then disappeared as I waited for the money to multiply,” he says.

Beyond the current glamour, Terence had a troubled childhood. The last of three boys in his family, he was born in Mlango Kubwa, Mathare. His parents died when he was nine and he was taken in by his late grandmother.

Regardless, he still ended up on the streets of Nairobi, becoming a street boy for the better part of his teenage life.

“After losing my parents, we grew in my grandmothers’ house that was too small to accommodate my brothers and uncles. At times I would walk out to go look for food and that’s when I became a street boy for seven years. I sniffed glue, became a pickpocket, a beggar and also a drug peddler. I peddled bhang for the longest time,” he says.

Terence was later rescued and admitted to a children’s home in Nairobi, which was also home to his brother. It is at Mully Children’s Family where he got the chance to complete his secondary education.

At the time of his final examinations, Terence had discovered his passion for performing arts, having been exposed to drama clubs.

“By the time I was done with Form Four aged 21, I had already become a father. This made me mature early,” he says.

Before he could transition into the creative industry, Terence picked a number of odd jobs to support his young family. At one time he was a gardener, then later a watchman.

When pool games became trendy, Terence was employed as a chop man who would collect Sh10 for every game.

The streets also witnessed his hawking skills before he ended up as a matatu tout. Unfortunately, the union between him and the mother of his first daughter crumbled.

When nothing seemed to work, Terence made the decision to take a stab at the creative industry.

“I joined the travelling theatre Pambazuka Productions and for three years went around the country playing set books. But this wasn’t sustainable and that’s when I also started doing stand-up comedy in entertainment joints and nightclubs,” he recounts. It was during these rounds that the fraudster took notice of him at Tribeka and made a lesson out of him.

“I wanted to be a stand-up comedian but creative director Victor Ber saw it fit that I work behind the scenes. My job was to run the programme and fine-tune the scripts of comedians who took to the stage. I also wrote most of the scripts for many of these popular comedians you see out here,” he says.

In 2013, Millicent Chebet — popularly known as Milly Chebby — was hired as the new floor manager in the Churchill enterprise. She had just quit her job as a public relations strategist at the then Office of the Prime Minister. Terence and Chebet started an affair.

“I was the one who was showing her around and how things were being done. Then I made the move,” he says.

At the time, things had started looking up financially for Terence, but he still harboured a lot of baggage from his past. He was still a heavy smoker, a drunkard and had acquired a new taste for gambling.

“I could smoke up to three packets a day,” Terence says.

When he first met Chebby, Terence was quick to confide to her on the struggles he was going through. His vulnerability and honesty made Chebby become even fonder of him. She had to fight off pressure from comedians, friends and family members to dump him.

“Many told me that he wasn’t going to change and that I should leave him, but what they never realised was that the person they were talking about was Terence Creative and the one I knew was Lawrence Macharia. I could see the potential in him and the will. If Terence wasn’t for change, I would have dumped him a long time ago. The day he quit smoking, I knew there wasn’t an aspect in his life that can’t change,” Chebby tells the Sunday Nation. “I never blamed him for anything because I understood it had to do with his upbringing.”

Chebby also had to deal with Terence’s gambling addiction. At one time, she had to go looking for him in a casino. This was days after the couple had landed a deal worth over Sh1 million and were to invest the money on a piece of land. But Terence disappeared from their matrimonial home for three days.

“I secretly took the money and gambled it all. I couldn’t go back home and when she came for me, I asked the bouncers not to let her in,” says Terence.

The couple says that despite the hate and love that they receive in equal measure on social media, they are never shy to share their life stories — both the highs and the lows — because their intention is to inspire.

“Our intentions are not to sell pressure,” says Chebby.

“My background in PR and production enables me to make key decisions on behalf of his brand. I know what Terence Creative’s brand needs and its worth,” she says.

The couple have produced a number of shows together, among them the short-lived Jalang’o With the Money that aired on a local TV station.

When they first met on Churchill Show, it was Milly’s pressure that pushed Terence to start producing his own skits.

“At the beginning, he never saw his potential. He never believed in himself and took a lot of convincing to have him start doing his own skits instead of doing it for others,” Chebby says.

Her push led to Terence’s’ first skit, the Kamami character that became popular with women as it resonated well with them. He then introduced the caretaker and the other characters, making his popularity soar.

However, Kamami is the character that gave him direction, landed him his first deal that paid him Sh20,000 and transforming him into a digital marketer and influencer.

Of the many skits, the couple states that the now-trending Kemikal was among the most expensive.

“Skits are expensive to produce. We are talking about Sh100,000 or more. Some skits go over Sh500,000. Let’s say you need to hire a good Range Rover or flashy Mercedes Benz, that’s Sh25,000 a day and you probably need it for three days. Then the house at Sh50,000 a day plus production cost and other miscellaneous expenses. It goes over the half-a-million mark,” says Terence.

For now, Terence can’t tell if he has already made returns or not, but there is one thing he is sure about; that he has invested well in his brand to make it stand out.

“I never think of returns first. I think of how the concept at hand will work first for the brand,” he says.