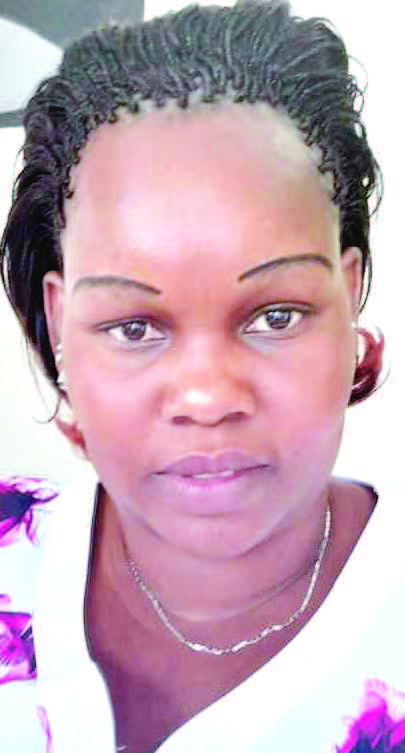 Police say she fatally shot herself in the head at her parents’ home in Iten, Elgeyo-Marakwet County.

Her death, however, sparked speculation, with a section of Kenyans claiming there were all indicators that Kangogo might have been killed and her body planted at the scene.

Some of the holes pocked into the suicide narrative, was why there wasn’t blood spatter on the walls of a room where the mother-of-two allegedly took her life through a single gunshot. At the same time, a different quarter, wondered why Kangogo’s legs were neatly crossed over the other, yet the impact of a gunshot would have sent her thudding against the floor.

It is alleged a feature phone believed to be Kangogo’s was retrieved from the scene.

A string of messages, suspected to have been authored by the late 34-year-old, offered a sneak peek into her troubled life.

In the messages, she attributed her actions to depression occasioned by people close to her, including her former spouse, whom she separated with eight years ago.

The Standard reached the man mentioned adversely in the text messages, and sought his side of the story.

Richard Ng’eno, Kangogo’s estranged spouse, is the scroll commandant in charge of Marine Unit at the Kenya Coast Guard.

The senior police officer said news of Kangogo’s death shocked their two children – an 11-year-old boy and an 8-year-old girl –  and asked to be allowed time to process happenings of the previous two weeks.

“The kids are safe, but devastated,” he told The Standard via text on Saturday, July 17.

“Let’s allow them go through it (mourning) peacefully, please,” he said, adding he was travelling to Bomet, and would give an elaborate interview later.

Former Nairobi Governor Mike Sonko offered to adopt Kangogo’s children “should her family have hardship looking after them”.

In Kangogo’s alleged suicide draft, she said her marriage to Ng’eno was rocked by turbulence, which led to its eventual collapse and disorder in her life.

Kangogo said she gradually crept into depression, which she accuses one of her close family members of fuelling by “constantly blaming her for the failed marriage”.

According to the messages, it was marital-related frustrations that pushed her to precarious levels of mental state.

“Divorce pushed me to be inhuman,” she allegedly said in the note.

The messages said Kangogo had planned to fatally harm her spouse, but rescinded the decision after evaluating the possible impact of that action on her two children’s lives.

After news broke that Kangogo had allegedly killed Ogweno on July 4, her spouse, Ng’eno, went and took the children from Kasarani police line in Nakuru County, where they were staying with their mother.

Kangogo, in the said-suicide texts, instructed her brother to take care of her children, and at the same time take ownership of all her belonging, saying nothing should be given to her estranged spouse because “she solely acquired the items from scratch”.

She described the late Ogweno as her lover, whom she regretted killing, but observed that their love “was made in heaven”. She asked for forgiveness from Ogweno’s widow.

On why she killed Ndwiga, she said she was revenging for allegedly being conned out of Sh1.5 million by the 32-year-old man. In her words, “I owe no one an apology for his death”.

The note ended by Kangogo instructing she be buried at her parents’ home while wearing a white wedding gown to “make up for the wedding she never had”.

Kangogo’s family, who spoke to The Standard on Saturday, July 17, through a spokesperson, said they were “in the dark” in regard to what follows.

Police, however, said they have planned a meeting with her family on Monday, July 19, when they will settle on a postmortem date and possible burial arrangements.

They were, however, tight-lipped on whether Kangogo, who was a corporal, would be accorded a send-off complete with police rituals.