The daily struggle to survive with cancer in Coast 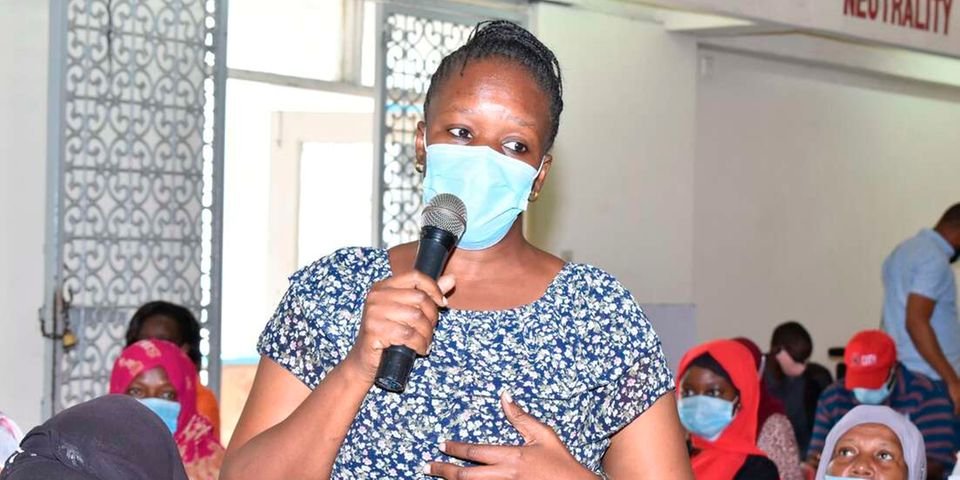 Cancer patients at the Coast are the forgotten lot as the nation battles a deadly pandemic.

Many lead a miserable life due to lack of treatment, which wears them down and induces a powerful sense of hopelessness, sometimes amounting to despair.

From misdiagnosis, shortage of drugs to poor medical infrastructure, it’s a cycle of pain and suffering.

Speaking to the Nation at the Coast General Teaching and Referral Hospital (CGTRH) at the weekend, they urged the national government to intervene and save lives.

The want the government to equip the hospital and ensure there are enough cancer specialists and drugs. They also lamented the high cost of treatment, which has left thousands without medical care, just waiting to die at home.

“It was difficult for me to allow doctors to remove my uterus because of the many challenges that I anticipated,” said Ms Saumu Mbarak, a cervical cancer patient, during a public hearing at Koblenz Hall.

“I laud the government for offering free cancer screening but what next? Who is there to help you throughout the journey?” she posed.

Ms Mbarak, a resident of Mvita, urged patients not to give up on treatment.

“Affordable medicine is a major challenge. I battled the disease for three years. After doctors removed my uterus, I was left alone. I didn’t know what to do next. I was stranded,” she said.

Although the procedure eased the pain, a recurrence forced her back to hospital. Before the first diagnosis, a seriously ill Ms Mbarak had almost given up on life, but a human rights activist, Ms Luiza Rajab, heard her story and offered support.

Ms Rajab, who fights gender-based violence, met Ms Mbarak when she was at her lowest point.

“She was always sick. I took her to hospital and that’s when we realised she had cancer. We went to Coast Hospice, where she continues to get help,” she said.

The acute lack of drugs, however, remains a huge challenge.

“She has not started chemotherapy. She’s just on drugs. The government should help cancer victims in Coast as many have succumbed, especially women, due to misdiagnosis,” said Ms Rajab.

“We want NHIF to cater for cancer treatment as cancer is an expensive disease.  The government should also ensure we have enough specialists like oncologists, psychologists and nutritionists. We need to have a cancer registry that will help in research,” said Mr Hamisi.

He cited lack of clear referral channels as another challenge and urged the government to partner with the private sector and community health workers to sensitise Kenyans on the disease and where to seek treatment.

“When a patient is diagnosed, he or she needs to know where to seek treatment. Hospitals should have a special centre for cancer treatment. We need advocacy. All services, including tests, must be within the referral hospital instead of the Kenyatta National Hospital,” he added.

The task force regretted that patients are often diagnosed when the cancer is at an advanced stage and do not usually complete their treatment.

“The fact that one has to pay out of pocket has locked out many patients. NHIF has, however, helped to mitigate some of those costs, where you find more patients are completing their care. A lot still needs to be done in restructuring how the support is provided and whether it helps to complete treatment,” said Dr Mutebi.

“We are trying to come up with innovative solutions on how to tackle cancer. As of last year, data shows 40,000 new patients were diagnosed with cancer. What is alarming is that in the same year, about 27,000 died,” he added.

“Nobody wants to talk about their diagnosis, but they have good reasons. Patients are saying people see them as coffins-in-waiting. Even at work, discrimination is rife. These act as barriers. Cancer is not a death sentence, there’s hope,” said Dr Mutebi.

The task force’s secretary, Dr Alfred Karagu, said diagnostics is a major concern at the Ministry of Health, adding that breast cancer is the most common in Kenya.

“The government has been deliberate in building capacity for diagnostics,  each of the 47 counties has a mammography machine which is the recommended diagnostic test that we set out for women to come out and screen,” said Dr Karagu, who is also the chief executive of the National Cancer Institute.

He said only 16 per cent of women have been screened on cervical cancer and just about 10 per cent on breast cancer.

“Statistics show about 42,000 Kenyans are diagnosed with cancer every year. Breast cancer is leading with 6,700 patients, cervical cancer 5,200 women, oesophagus, and prostate and colon cancer. Around 27,000 Kenyans succumb annually to cervical, oesophagus, breast and other types of cancers,” offered Dr Karagu.

The task force called for engagements with stakeholders to enhance resource allocation for cancer care.

Related Topics:Dr Miriam MutebiNews
Up Next

Trip To The Moon For The Kenya Airlift Student