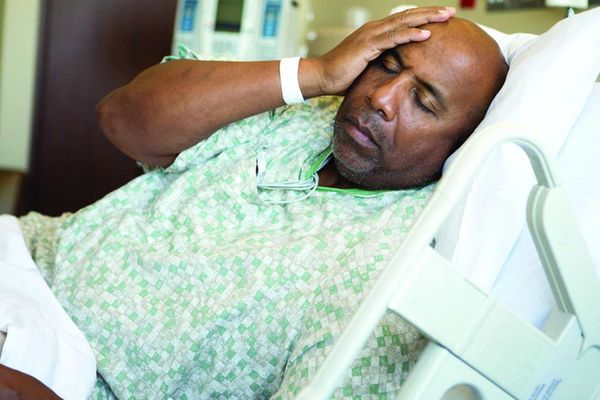 There’s an email I received from a reader this week that made me blush with embarrassment. In fact, had I been white, my face would have turned beetroot red with self-consciousness.

The reader, Claude Mukanganwa, a Zimbabwean who lives in Tanzania, asked me to consider writing about two “issues” that “always irritate” him. The first is when one falls sick or is involved in an accident and is hospitalised – as is customary everywhere, relatives and friends visit to console the patient, to wish him or her a quick recovery, and as human nature would demand, the visitors will want to know what happened, especially if it’s an accident.

He wrote, “When you are not so well and in hospital, each and every one coming wants to know how you are – if you receive 10 visitors, it means you have to repeat the same message 10 times. One may arrive when you are still narrating your ordeal and as you finish, the next asks the same question. Meanwhile you are in pain and stressed.”

I blushed because I may have been guilty, a few times, of this. The questioning almost always begins with, “What happened?” and it doesn’t occur to many of us that all the person in that hospital bed wants to do is turn on his side and go to sleep due to the exhaustion that comes with pain.

To make it worse, most people are not perceptive, and therefore fail to see the discomfort or the fatigue on the faces of those they are demanding a blow-by-blow account from. And even if they are discerning, some will choose to disregard the signs in front of them for the sake of the juicy story, never mind the effort it will take the sick person to retell it.

He feels, in such situations, that we should try to quell our curiosity of wanting to hear it from the horse’s mouth by instead asking the patient’s relatives what happened, rather than burdening the sick person.

When I was new in journalism, I made the mistake of interviewing someone that had given her story to almost all the media houses in Kenya. Being new in the trade, I hadn’t yet made the habit of keeping abreast with what the competitor had written or broadcasted, therefore I had no idea that she had appeared in almost every newspaper and every TV and radio station in the country.

That turned out to be one of the most difficult interviews I have ever done because having retold her story multiple times, she had lost steam, the enthusiasm to tell her rare story long gone. All I got therefore were one line answers to my questions – every writer will tell you that there is nothing as frustrating as interviewees that answer “yes” or “no” to questions, forcing you to keep probing even for information that should come naturally without any prompting.

The result was a stiff, lackluster story, that even I fell asleep reading. What I’m saying is that no joy comes from retelling a story Therefore, don’t insist on hearing it from the horse’s mouth, the horse in this case being the person lying on that hospital bed.

This unwelcome probing, Mr Mukanganwa observes, happens at funerals too, with mourners wanting to know exactly what killed the person that they are mourning, and even worse, seeking this information from the person’s immediate relatives, say the wife or husband, yet all they want to do is mourn in peace, not relive the circumstances that led to their loved one’s demise.

“Why can’t people ask other family members or just come pay their last respects without asking the same questions over and over again?” he concluded.

My assumption is that politicians in Zimbabwe, where Mr Mukanganwa comes from, or Tanzania, his temporary home, do not have the habit of brawling one another in funerals, right in front of the deceased person’s children, otherwise he would have asked me to write about it too.