The fall of Nyeri’s iconic hotels 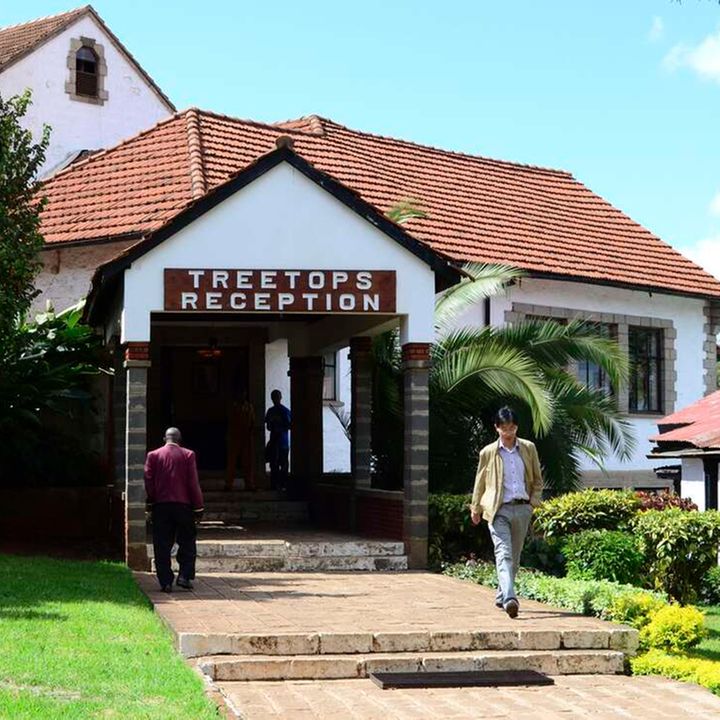 Three landmark hotels in Nyeri are on the verge of closing down and risk bringing down with them the historical heritage they hold.

Outspan, The White Rhino and Treetops hold symbolic pieces of history, and not just about Kenya.

Now, that history is on the line and the effects of the Covid-19 pandemic on the hospitality industry have everything to do with it.

Deserted and locked to the public, the iconic hotels are now slowly turning to relics.

Outspan, on the outskirts of Nyeri town, shut down its operations on April 12 last year and has not reopened.

A notice pinned at the entrance also shows that Aberdare Safari Ltd (ASL), which owns the business, shut down the Treetops Lounge on the same day.

“Further queries are to be directed to the Operations or the Finance Manager through our email,” the notice says.

It is unique for its colonial architecture, with an old-fashioned look on display even in its rooms. But it is the Paxtu Museum that places it in history books.

Paxtu is the cottage where Lord Baden-Powell lived until his death. Today, it is one of the most iconic destinations for the global Scouting movement.

Besides his artistic works, the walls of the museum are adorned with flags from different parts of the world, either left by visiting scouts or sent by visitors once they arrived back in their country.

Previously, Paxtu and the hotel drew over 3,000 people annually, who came to pay tribute to Baden-Powell.

Anthony Gitonga, a member of the International Scout Association Board, told the Nation that Scouting officials had contacted the property seller with a view to taking over the hotel.

The Scouts movement hopes to manage the hotel through its commercial wing.

Outspan was built on an old farm by Eric Sherbrooke Walker in the 1920s.

Walker also built the Treetops Lounge, its sister hotel, around the same period.

Treetops earned global recognition as the hotel where Elizabeth II went to bed as a princess and woke up as a queen following the death of King George VI.

She climbed the rickety ladder to Treetops a princess on February 5,1952 and descended the following day as a queen.

Back then, Treetops was unique for its exquisite view of animals that trooped to the lounge to drink water and lick soil laced with minerals.

It is that history that partly drew many British, Chinese, Spanish and American tourists.

Besides its rich history, Treetops was known for its excursions before it shut down.

The lounge offered a variety of activities, including birdwatching, game drives, visits to waterfalls in the Aberdare forest, among them Karura, and to the Mau Mau post office.

The establishment, located in a forest, overlooks the animal point at the heart of the Aberdares.

Today, it is a rickety shell of its former self.

Another hotel in Nyeri town, White Rhino, still has its doors open but has had to scale down operations by over 80 percent since last year.

It previously had a four-star rating but struggled to stay afloat and this is beginning to show in its deteriorating structure.

The paint on its walls is beginning to peel off and the once exquisite finishing on its signage has started to crumble.

White Rhino boasts a history of more than 110 years, having been established in 1910. It was built for big game hunters and initially only admitted white guests. But this changed in 1965, and it grew into one of the biggest hotels in the region.

The pioneer owners were Europeans Berkely Cole, Lord Cranworth and Sandy Herd. Today, it is owned by the Munene Kairu family in Nyeri. It was gazetted as a national monument in 2001.

Other landmark hotels in the region are also on the verge of collapse due to the impact of the pandemic.

In Nyeri town, Green Hills Hotel, associated with Kenya’s third President Mwai Kibaki, has closed and reopened twice since the onset of the pandemic. It closed its operations again in March this year.

It was started in the 1970s by Mr Kibaki. It built its reputation by becoming one of the landmark hotels in Nyeri, especially for visitors hoping to stay within town.

It was famed for its family-friendly environment, and conference facilities.

Fairmont Mount Kenya Safari Club in Nanyuki, Laikipia County, has also been closed for more than one year and a half.

It shut down in March 2020 and has not reopened since. It is home to the endangered bongo antelope.

Statistics show that there are only about 100 such antelopes in Kenya.

Because of its location in the Mt Kenya forest, the hotel invested a lot in outdoor activities.

The hotel also has an animal orphanage, which is home to different monkey species, penhens, ostriches and antelopes.

It is owned by the Fairmont Hotels and Resorts Group on behalf of Kenyan businessman Humphrey Kariuki.

Another hotel is the Serena Mountain Lounge, on Chaka Road in Nyeri, which shut down in March last year.

A timbered-tree hotel in Mount Kenya National Park, it was famed for its forest adventures.

Guests would be treated to guided walks through the forest, where they would learn more about plant and animal life, trout fishing in the mountain streams and trips to the moorlands.

Visitors would also enjoy bush breakfasts, lunches or dinners while enjoying a view of the forest from the elevated wooden decks of the lounge.

According to Kenya Association of Hotelkeepers and Caterers Mt Kenya region chairperson Edward Wangechi, many top-rated hotels in the region are partially open but the industry continues to suffer the effects of the pandemic.

Because of the low number of foreign tourists visiting, he said, such hotels heavily depend on their owners’ resources to stay afloat.

“Directors owning such prestigious hotels have been forced to depend on their other sources of income to sustain the businesses because of the low returns,” he said.

The big brands in the hospitality sector are the most affected.

As a result, Mr Wangechi said, such hoteliers have closed down their operations or reorganised to stay in business.

The iconic hotels in the region usually drew the rich and powerful and international visitors.

Even if hotel investors were to lower their rates to accommodate the middle and lower classes, he said, they would still operate at losses.

The sector now depends largely on domestic tourism to boost its revenues.

On top of such challenges facing the hospitality sector, Mr Wangechi said, they also struggle under heavy government taxation.

He said officials should consider the impact of the pandemic and offer a more business-friendly environment.

Related Topics:Green Hills hotelNews
Up Next