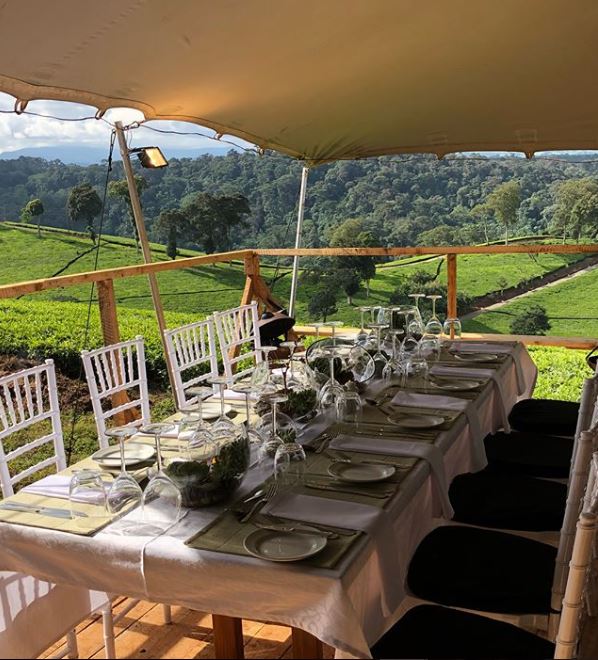 Ngina Kenyatta comes from the affluent Kenyatta family, which owns numerous companies around the nation.
Their progenitor is Jomo Kenyatta, the country’s first president, and their scion is Uhuru Kenyatta.

The Kenyatta family has made investments in almost every area of the Kenyan economy, including banking, education, agriculture, and tourism.

Ngina chose her own path and left the family business to work in the hospitality industry.

According to Who Owns Kenya, the president’s only daughter is the proprietor of the upscale eatery The Green Experience in Lari, Kiambu county.

The restaurant offers stunning natural environment and is situated in the center of Kenyatta’s family tea estate in Kiambu.

Ngina Kenyatta has a Restaurant at Lari, Kiambu , it's known for Green Experience, She spoke about creativity which she is practising. Young People should take her comments Positively instead the bile online. pic.twitter.com/2cs1ZWpkVl

The restaurant, which opened on May 5, 2018, has chefs with extensive training.

Nana Gecaga, the CEO of the Kenyatta International Convention Centre (KICC), was present for the event’s launch along with family and friends. Nana is also Uhuru’s first cousin.

“I got to be part of #TheGreenExperience, which is an afternoon spent at the breathtaking location where you are first educated and able to sample all the special varieties of teas now being grown in Kenya…then treated to a five-course meal. The food is prepared by one of Kenya’s newest and hottest chefs, and the host who again looks after you is one of Kenya’s latest architectural designers who has not held back on attention to details and your surroundings,” Gecage wrote on her social media pages.

The facility reportedly shut down for renovations in April. To draw tourists from abroad, it would be upgraded to a restaurant of the highest caliber.

Only early-booked guests would be permitted entry to the hotel.