The making of Nadia Abdalla 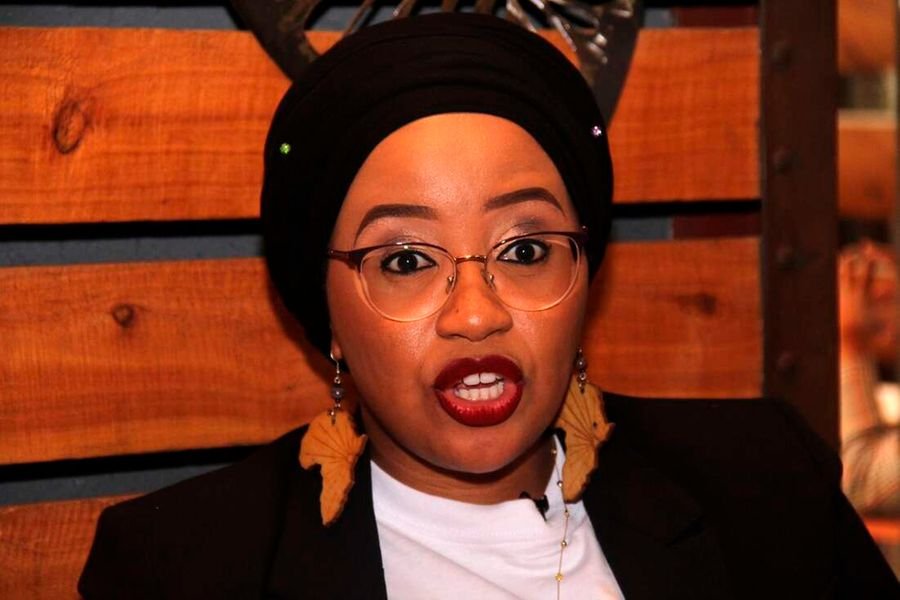 At the age of 13, Nadia Abdalla, had her eyes set on the position of the Secretary General (SG) of the United Nations.

From that time, her way of doing things was anchored on mirrored roles of a SG.

“I started working towards becoming one. I ensured, I communicated well and took part in various school activities,” says Ms Abdalla, now, the Chief Administrative Secretary in the Ministry of ICT, State Department of Innovation, and Youth Affairs.

To her, joining the public service at just 28 years to sit at a decision-making level, is a testament of her conviction early in life.

“I have really challenged the status quo. As a young woman, I have proved that I can bring people together and provide leadership as well,” says the Public Relations and Mass Communication graduate from Taylor’s University Lakeside Campus, Malaysia.

She also has a master’s in Arts International Relations and Cultural Diplomacy from Hochschule Furtwangen University, Germany.

Going by her conventional Muslim culture, Ms Abdalla says she could be married by now. She was born in Kunze in Mvita Sub-county, Mombasa County, a predominantly Muslim region.

As she grew up, however, her mind was focused on going against the grain and prove that women have an equal chance in life. Her late mother and step-father were her greatest supporters in her strive to shine.

But a woman standing out of the crowd doesn’t come easy, she has discovered. In her role, she has come to realise that it takes a woman an extra mile to assert her authority.

“I have found myself in situations where I have to make a reminder that I am in charge,” says, Ms Abdalla who has now turned 30.

Her #KenyaNiMimi campaign, officially launched by President Uhuru Kenyatta in December last year, is perhaps an attestation of her leadership capability.

The campaign mainly targets the youth. Through it, she seeks to encourage patriotism among the youth while drawing the society’s attention to their role in leadership and development.

“The youth always tell me they want their voice to be heard. And through this campaign, everyone can recognise the need to include the youth in leadership,” she says.

Social media is her main platform of popularising the campaign. Had it not been for the Covid-19, she could be holding regional forums in which the youth were to be sensitised on government opportunities and equipped with life skills.

Something good has, however, come out of it. Last year, she partnered with United Nations Population Fund to distribute dignity packs to girls in the marginalised areas including Embu, Tharaka Nithi, Meru, Isiolo and Marsabit. The packs include reusable sanitary towels, solar torches, soaps and a whistle for alerts in case of an attack.

“We have also had intergenerational dialogues in these areas .We bring together the youth and the elders and they have candid discussions around female genital mutilation (FGM), child marriage and sexual and gender based violence (SGBV),” she explains.

She believes through collaborative efforts especially where men are core allies, Kenya can erode harmful practices against women and girls.

Before joining the civil service, Ms Abdalla was an aggressive young woman leveraging on social media to make a living.

She tried her hand in public relations consultancy, a business she abandoned due to a sluggish take off. Later, she opted for mental health awareness under BeOnVibe brand. Out of this, a business idea propped up – branding eco-friendly bottles and scarfs for sale.

So, while she marketed her merchandise on social media, she ensured she gave the youth a dose of information on mental health.

“I could also give free public lessons to Swahili girls on speaking against SGBV. And that’s how I captured the attention of the President,” she says.

Additionally, she emceed for a Sh2,000 to Sh5,000 pay. Thereafter, she opened a YouTube channel where she discussed matters related to inclusion of youth in leadership.

She was appointed in January, 2020.Two months later, Covid-19 hit Kenya and she found herself with an extended role of keeping the youth safe during the pandemic – that included addressing their fears, providing tele-counselling and offering e-trainings through the Ajira Digital platform.

In 2016, the government launched the platform, which not only equips young men and women with digital skills but also connects them to online jobs and digitally enabled jobs.

Under the program, both young men and women receive free two-day training and mentorship.

To book a space for training, one needs to log into ajiradigital.go.ke and register for the program upon which they will be notified of the upcoming training sessions and regions covered.

Then in June last year, her mother died of cervical cancer.

“She was my best friend,” she says.

It left her tormented in the midst of a Covid-19 storm where she was expected to give guidance and leadership. Her parents divorced when she was three years old. Her mother then remarried when she turned six.

“My mental state was bad. I would cry two minutes to a board meeting,” she says, “My brother and I are now left with the choice of building on her legacy.”

For young women yearning for leadership, she advises them to “not shy away from intimidation. As long as you know what you want. Go for it.”