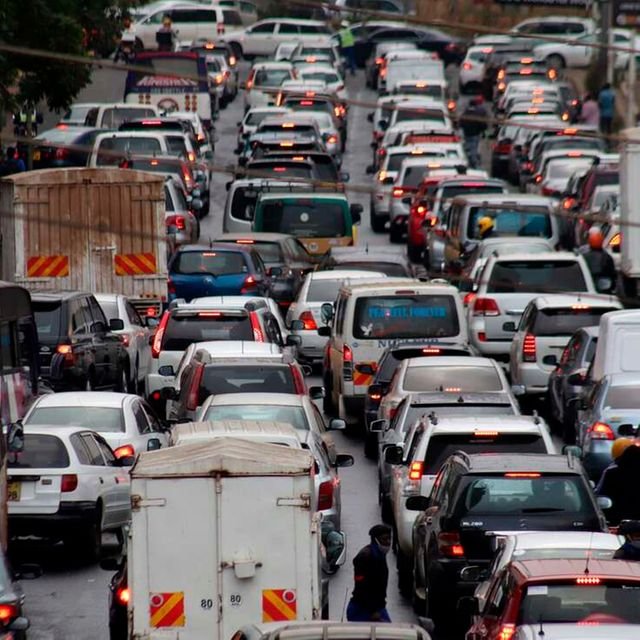 I still can’t help thinking about the mental trauma that the man who was stuck in a police road block for nearly two hours, with the body of his dead mother in the car, must have gone through on Sunday evening.

The police had, for the second consecutive day, imposed a barricade on Thika Road that brought all traffic to a complete standstill.

Not even ambulances, private security guards or people with essential service passes, which by law are allowed to work within the 8pm to 4am curfew, were spared.

And that is how I found myself on the road past midnight, having left the office at about 9.30pm.

Well aware of a similar chaotic police roadblock on Saturday evening, I was sure to check my Google Map before starting my journey home.

The road was all blue with no signs of a gridlock, and it showed I’d be home in 25 minutes.

The excitement of a relatively early Sunday shift sign off and possibility of having a chance to wish my two young boys a good night died immediately I arrived at the roadblock mounted just before the Garden City Mall exit.

Police vehicles and steel spikes barricaded the super highway on both sides, including the service lanes.

About two dozen policemen were patrolling in between vehicles, armed with guns, as if to intimidate anyone who dared raise a finger.

One of them approached my car and asked whether I had an essential services pass. I responded in the affirmative, and he advised that I should move to the inner most lane of the highway if I didn’t want to spend the night on the road.

The advice was pointless; I could not move an inch since the place was one big mess as everyone tried the fill the space ahead of them in the hope of eventually getting past the barricade.

There was no order, and the police did not appear to have any clear instructions on what to do.

Back to the story of the man who was escorting the body of his dead mother to the mortuary.

After nearly one-and-a-half hours of chaos, hooting, non-stop ambulance sirens and motorists’ measured aggression towards the armed police, a group of uniformed men accompanied by one who seemed to be their commander approached the vehicle that was ahead of me, with some visible concerns.

I could hear their disagreement as to whether or not there was a sick child in the car, before finally allowing the anxious occupants to drive past the barricade.

An ambulance that was beside me was also allowed to pass the barrier, with some lucky drivers that were ahead of it also allowed to go home with no checks at all as to whether they were essential service providers or not.

All this time, essential service workers including doctors, journalists, private guards and transporters of perishable foods kept pleading with the police to allow them past the barrier to no avail.

“Munataka tuachwe na nani hapa mkienda? Tutakaa mpaka saa kumi,”… “Who will be left after you’re gone, we’ll all stick here till 4am,” said their commander while waving away all curfew passes presented by motorists.

The presumed commander retreated to a police van parked about 30 metres from the barricade when the pleas became too many as everyone tried to make their case by producing documentary evidence showing why they were rightfully out during curfew hours.

A few of the more forceful motorists had the keys to their vehicles taken away as a way of cooling them down.

The excited officers lit a bonfire using firewood offloaded from the police van, and they started roasting maize by the roadside.

Then an officer dressed in an administration policeman’s uniform came from the police van walking briskly, and started issuing commands for motorists to give way to a hearse that was stuck about 50 metres back on the lane beside me.

“Wacha huyo apite apeleke mwili ya mama yake marehemu kwa mortuary”… “Give that one way, he needs to take his dead mother to the mortuary,” ordered the officer, as those dressed in traffic police uniforms cleared the road.

Then a hearse zoomed past, followed by a dark blue Mercedes Benz driven by the bereaved son.

I shook my head in disbelief and disgust at the actions of the heartless policeman, the man had kept waving at them what seemed like a pass, presumably issued by his local chief, allowing him to transport his dead mother’s body to the mortuary.

The memory would live with him over a lifetime, I thought to myself.

It was now approaching midnight, my boys at home had long given up waiting for me and gone to bed, while their mother kept calling to find out how many metres forward I had moved since her last call.

Shortly thereafter the man dressed in an administration policeman’s uniform returned with some new orders.

“Watu wa NIS, watu wa NIS,”… “Any National Intelligence Service (NIS) officers?” Funny, I thought, the barrier had caught even their very own! A few men showed their identity cards and were let go.

At this point another ambulance was attempting to make its way past the tightly packed vehicles, and I realised my chance had come since my car was blocking its path.

I decidedly walked to the administration policeman and introduced myself as a journalist, offering to get my vehicle out of the way of the ambulance.

The policeman, who had ignored my earlier pleas for freedom, glanced at my staff ID and remarked: “Nation Media Group? Enda! (go!).”

For a moment I looked around and hesitated, hit by the guilt of leaving behind a car that had a small kid who was forced to endure the collective punishment, a middle-aged woman who looked like a doctor and had all along pleaded her case without anyone paying attention, and tens of other motorists.

And so I drove past the barrier at 12.21am; tired, hungry, sleepy and outraged by what I felt was grave injustice meted on me and my fellow motorists.

How my illiterate grandma taught me letter-writing