The night Jackline Mwende's husband chopped off her hands 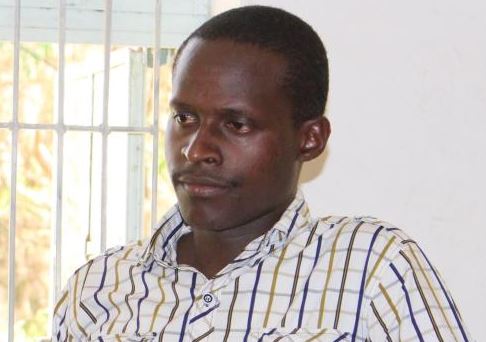 On the windward side of the undulating Uuni Hill in Machakos County, the sun sets slightly earlier than its outlying areas.

By 6pm, a blanket of darkness steadily envelopes the slopes of the hill as eventful days give way to unpredictable nights.

Here, forklore bespeaks the harmony that obtained between man and beast of the area in the years gone by, as a food glut and his benevolence reigned.

“The hyena, the lion and the cheetah roared, howled and squalled the night away, and none had a thing with man. Monkeys and baboons were there, too. They ate to their fill and still our granaries remained full,” it goes.

A haven of abundance and serenity, the outside world knew little about this area until the 1997 El Nino rains when a wall of mud came tumbling downhill and buried an entire family in their sleep.

There was a long lull on the hill, which from a distance resembles a sleeping monster, until July 18, 2016, when it hit the headlines for yet another misfortune and shame wrought by one Stephen Ngila.

On that day in Ilinge village, Jackline Mwende had just retired to her lonesome house for the night. Lonesome because Ngila, the husband she had wed five years earlier on December 4, 2011, had deserted her to live in the nearby Masii shopping centre.

A lantern flickered by her side. She had spent the day doing household chores, and carting around the shame of a marriage sinking under the weight of failure to bring forth children. The disgrace was clouded by allegations of disobedience, the stuff failing marriages are made of.

Little did she know that the night would alter the course of her life. According to court records of a just concluded attempted murder case against Ngila, Mwende was alone when she heard a knock on the door.

When she hesitated – a companionless woman on the slopes of a dark hill – the person knocking called her by her name.

Immediately, she recognised the voice. It was the voice of the man who had once whispered to her sweet-nothings as he wooed her; a man who had lived as her husband for five years.

Court records do not show whether she thought twice about what she did next. To the contrary, they show that she proceeded to open the door only to be met with a swinging panga.

The first strike that landed chopped off her hand in one blow.

“On opening the door, Ngila cut my right hand and pulled me into the room,” she told the court.

Things were happening rather too fast. She recalls asking her husband–who was dressed in a maroon jacket– “Are you going to kill me?” To which Ngila responded, “It’s your last day to speak.”

“I fell on the floor, struggled to lift myself as blood flowed from my hands. In the attempt to shield myself, the other hand had been cut off, too. I screamed for help and lost consciousness.”

Her attacker vanished in the darkness, just as he had come, as Mwende’s life slowly ebbed away.

Neighbours who heard the commotion rushed to the home. Mwende told the court that when she regained consciousness, she found two people standing over her, consulting on the next steps.

According to witness Dominic Mwanzia Makau from Kitingei village, he was relaxing at home at about 9.20pm listening to the news on the radio when his son, Stephen Malau, called him on his cell phone asking him to rush to Mwende’s house.

READ ALSO  SMEs, Education Sector to Benefit from the 1.95B Family Bank Acquired for Onward Lending

On the way, Mwanzia said he heard Mwende’s screams as she called out for assistance.

“On arrival, I found Makau and Musyimi in the compound. Musyimi informed me that Jackline had been cut. When I got in the house, I saw a hand on the door. She had a deep cut on the cheek while the other hand had been cut on the wrist and was hanging loosely,” he said.

Mwanzia said he used the light from his torch to assess Mwende’s condition, who was lying facing up. He said he called assistant chief Pauline Mwende and told her to call the police and an ambulance.

Mwanzia told the court that Ngila had deserted his home and would assault his wife whenever he visited. “Their main contention was that Mwende was not conceiving,” he said.

The witness said he had not seen Ngila that day, and when he arrived the lantern had no light.

When the police arrived and asked Mwende who had attacked her, she named Ngila. She was taken to the Machakos Level 5 Referral Hospital where she was admitted for two weeks.

Doctors said she sustained cuts in both hands, elbows, the forehead, waist and neck.

Mwende was transferred to PCEA Kikuyu Hospital for one month before well-wishers flew her to South Korea to be fitted with artificial limbs.

By this time, calls for justice had reached a crescendo and Ngila was behind bars. While all circumstantial evidence placed Ngila at the scene of the attack, Mwende’s positive identification was the final nail in his coffin. In mitigation, the husband maintained his innocence.

Earlier this week, Machakos Senior Resident Magistrate Brenda Bartoo sentenced Ngila to 30 years in prison. He was given 14 days to appeal.

Outside the courtroom, Mwende said she was happy that justice had been served. Her life, she added, had drastically changed from one of self-reliance to needing help to carry out basic tasks.