It’s not easy talking about how I grew up without a father, especially because it still brings back bad memories,” says Mercy Wanini Kabasha.

Mercy doesn’t have any recollection of her father. She came to learn that her mother was married ‘technically’ but she had to break-up with her dad because she couldn’t cope with marriage.

“I was actually told that my father’s family wanted him to marry someone else. She (my mother) also had issues with my father because she was not allowed to visit her family.

The chance to go bury her mother (my grandmother), presented my mum with the

opportuity to leave her marital house and never return back to my father. I was barely a year old and I have no memory of him. My mother never re-married after that ordeal,” explains the 38-year-old.

Mercy who was born in Itiati, Nyeri has an elder brother. Life was quite rough for the family of three, especially because they were not well off and her mother worked extra hard to put food on the table all by herself. According to her, growing up without a father is tough. She offers:

“I struggled with identity issues because I did not embrace taking up my mum’s name as my surname and often found myself using other male relatives’ names. This did not go well with my mother.

I also felt bad whenever other children asked me where my father was. Due to the fact that we had no stable income, I ended up living with different relatives.

I even learnt to call my uncles ‘dad’. Something was clearly missing in me and that void kept growing bigger.

Though my mum did everything to educate and provide for us, I still felt that if my dad was around, things would not have been so tough.

I saw my mum’s health go from bad to worse because she was always under pressure.

I felt rejected and I struggled with feelings of anger towards my father. I blamed him for all the problems we were facing.

I wondered why he never cared to know if I was dead or alive.” Mercy also found herself looking for validations from the wrong people.

“In retrospect, I think if my father was around, I wouldn’t have been vulnerable. Over the years, I have suffered low selfesteem and always felt I was not good enough. I would get affected by any bad or negative comment from my peers. I struggled with emotional instability.

I was also jealous of other children who were from hinged families. I kept a lot to myself and did not let anyone into my space fearing more rejection,” she says. From time to time, she suffered from hopelessness and did not believe that she was in a position to achieve anything.

“During the time I was living with my relatives, whenever I was asked to do certain chores, I always interpreted it as hatred,” she adds. Though she is now an adult, Mercy still asks, “Why did my father never look for me? Why did he not care? Was it his fault or mum’s?”

Maybe one day I will get answers to these questions, but only from him if I ever meet him because my mum is no more.”

Her mother passed on in February this year. According to Mercy, her mother was a special person to her and her death was a big blow. She offers: “She played both the roles of a father and a mother.

We had a cordial relationship and she sacrificed her happiness for us. Her death closed a big chapter in my life. I remember when she died, I told my husband that I had officially become an orphan.” Her husband, children and her in laws have become her greatest support system.

“They love me unconditionally and have played a big part in helping me move on and heal to some extent. My pastor too has been a great support and a pillar,” says the mother of two.

According to her, her story is just one out of the many children who grow up without fathers and she has decided to dedicate her life to see to it that the society is aware of the many issues fatherless children go through. “I began my journey by writing a book about my personal experiences, which is at its final stage of publishing.

I have also been speaking in different platforms such as churches and my social media platforms,” she says. Her greatest passion now is to impact many families. “I want to advocate for reconciliation of fathers and their children. My team and I wish to help others going through the pain of father lessness.

We want to create awareness, inspire, educate and create platforms where those that wish to get help reconnect with their children or fathers can do so without fear. We also want to help parents embrace co-parenting for the children’s sake. We are in the process of registering a foundation,” says Mercy.

READ ALSO  Grace to grass: From photographing Chandaria to selling masks in town

Claire Omolo, a psychologist and mental health consultant at the Nairobi Parenting Clinic says that the role of a father within a family is an important one. He plays many roles such as influencing a child’s values, conferring a healthy identity and providing security, especially emotional security. Fathers also affirm a child’s potential.

“An individual who grows without getting these from their fathers either due to absenteeism, separation or divorce is more likely to be psychologically affected,” says Omolo. Some psychological repercussions of growing up without a father include depression, drug addiction, low selfesteem, lack of identity that leads to role confusion, eating disorders among others.“ 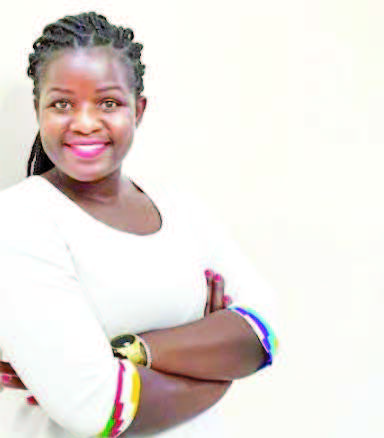 We have heard of women with ‘daddy issue.’ An individual who was initially abandoned can struggle to build and maintain relationships in future and may live a frustrated life. Lack of identity is associated with hopelessness, which may eventually result to suicidal ideations or even attempts,” she explains.

The expert advises single parents to be honest with their children about the reason the other parent could not be a part of them. She opines:

“This is to ensure that a child does not grow up blaming themselves.”

CLAIRE
An individual who grows without father is likely to be psychologically affected.