Free rides from the airport courtesy of Certified Homes

Mahiga Homes: We promise, we deliver - Check out our projects in Ruiru, Joska, Kitengela and off Thika Super Highway 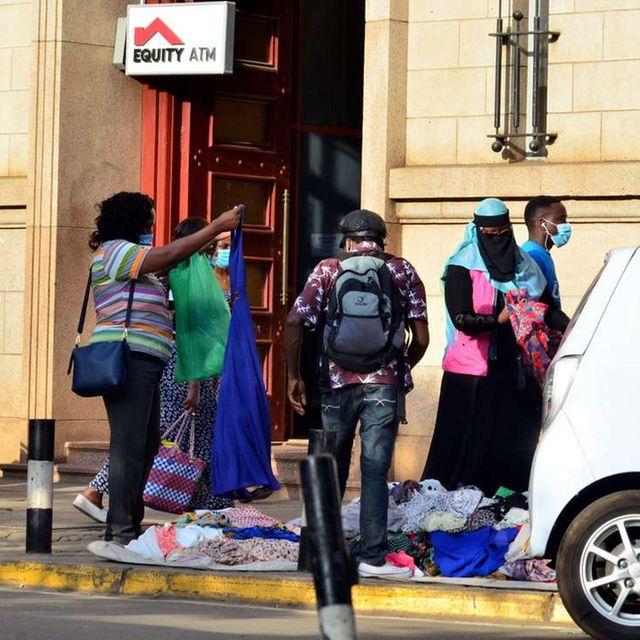 It started just like a normal day in Nairobi and Grace Atieno, like many others, was heading to town for work.

She had an appointment with a client who preferred to meet in the central business district (CBD). However, her day took a dramatic turn.

The meeting she was headed to was scheduled for 11am and she was already running late. Coming from Ngara, traffic at the Globe Roundabout was at a standstill.

She decided to alight from the matatu and walk the rest of the distance to town.

“I managed to walk through traffic, manoeuvring between vehicles until I was able to reach the pavement on the other side where there are many stalls of people selling unisex clothes. It is here that I had one of the worst experiences of my life,” said Ms Atieno.

As she was wading through human traffic, her arm was grabbed by one of the sellers. He then pulled her towards one of the stalls to show her the products he has for sale.

She tried to free herself but the vendor tightened his grip.

Most of the time such encounters end up in insults from the sellers, especially when a woman starts protesting.

In Ms Atieno’s case, the vendor unleashed a barrage of insults after she declined to make purchases from his shop.

“Previously, the stall owners at that particular stretch only used to shout out what they were selling to capture the attention of a potential customer. Sometimes, they would even shove a pair of Jeans trousers or shirt in front of you but a shake of the head to show disinterest was enough to keep them off,” said Ms Atieno.

“But it seems this is not enough anymore. They have now resorted to hard tackle tactics that sometimes end with injuries. Not to mention the fact that one suffers insults when you protest about the manhandling,” she went on.

Ms Atieno believes that the harsh economic times are making people more careful about how they spend their money and this appears to be making the sellers more aggressive.

She says women appear to be the main target.

The experience has made her more deliberate on which routes to use while walking in the CBD.

Kate Mumbi reads from the same script as Ms Atieno. Taveta Road, she says, is also notorious for such encounters. There, hawkers sell shoes, sweaters, official wear, among other items.

However, she says some individuals stand outside buildings asking female passers-by whether they want to have a manicure or pedicure. For her, they are the most troublesome.

The men are usually armed with a nail chart to show women the types of services they offer.

She says it is difficult for a woman to walk in town without being harassed by hawkers or unscrupulous business people.

At the Kenya National Archives on Moi Avenue, you will come across a parked van with a huge crowd milling around it.

They accost women on the road, blocking their way to ask if they have a mobile phone SIM card for a chance to win a prize.

The men and women, who pretend to be agents of mobile phone companies, work in big numbers to subdue their targets and lead them back to the van.

Although these individuals target both sexes, they focus more on unsuspecting women whom they swindle of their hard-earned cash.

The victims are shown potential prizes, including mobile phones and TVs, and only end up winning cheap pens after parting with at least Sh200.

And when the victims try to demand their money back, the gang gets violent, forcing the victim to back off.

But it is not just business people who are harassing women in the CBD.

Kimathi Street and Kenyatta Avenue have of late been colonised by street families.

They are in two groups — the elderly cuddling infants in their arms and young glue-sniffing boys.

“I was once accosted by a street boy who threatened to smear me with faeces if I did not give him money. I was really frightened because I did not have any cash; I only had my visa card. I continued walking very fast without even wanting to make eye contact with him,” said Hellen Kioko.

“Outside Naivas supermarket on Kenyatta Avenue is another nightmare. After you are done doing your shopping, sometimes you have to forcibly push yourself through hawkers standing outside the supermarket selling carrier bags and other wares. Street boys usually line up at this place, and they just don’t ask for money, they demand it,” she said.