The return of Grade A that Matiang’i killed 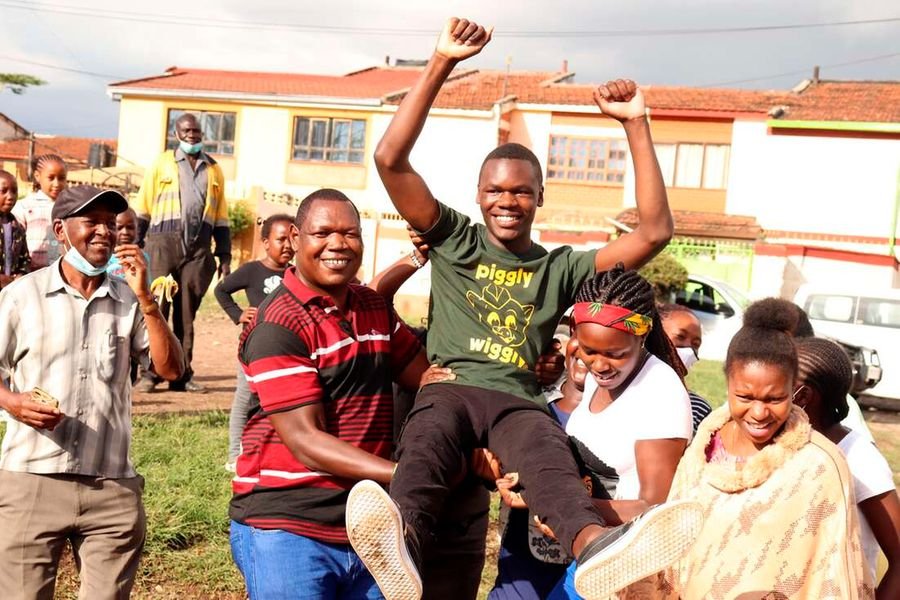 The elusive Kenya Certificate of Secondary Education (KCSE) grade A is back. The top grade, which reduced drastically with former Education Cabinet Secretary Fred Matiang’i’s reforms of the process administration and marking of national examinations, has been making a steady comeback in the past four years.

CS Matiang’i, in 2016, shocked parents and KCSE candidates when he announced that only 141 candidates had scored the coveted grade, a more than 18-fold drop from 2,636 candidates who had scored As in 2015.

In results announced by Education CS Prof George Magoha on Monday, 893 candidates scored grade A, marking another successive year of increase in the apex score.

“There were 893 (0.12%) candidates who obtained an overall grade A in the 2020 KCSE examination compared to 627 (0.09%) candidates in 2019. This is one of the clearest indicators that candidates have performed better in 2020 compared with 2019, the negative effects of Covid-19 notwithstanding,” said Prof Magoha in his speech on Monday.

There was hue and cry in 2016 as parents, teachers and students who had become accustomed to getting top grades had to re-strategise and pick new career pathways with the unexpected scores.

The comeback of the top grade in high numbers, however, raises questions of whether it is schools that are getting their act right, cheating has returned or whether authorities got it wrong the first time they implemented the anti-cheating measures.

At the time Dr Matiang’i passed the measures, the current Education CS, George Magoha, was the chair of the Kenya National Examinations Council (Knec).

Straight A was the norm

Prior to that, scoring a mean grade of a straight A was the norm, as demonstrated in 2015 when 2,636 candidates attained the grade out of a total national candidature of 574,125 compared to the 747,161 students who sat for the 2020 exams. A number of schools, prior to the reforms, would post more grade A scores than the shocking 2016 national tally.

Stakeholders in the education sector then questioned the integrity of the grades that flooded the market, as the high pass rate did not match the available slots in State-sponsored universities.

The high pass rate increased the popularity of self-sponsored university programmes, popularly referred to as the parallel degrees.

“Any new product shocks the market. Teachers have learnt how to approach new challenges and are preparing students to get ready for the worst in exams. In 2016, Knec dropped the GPA (grade point average) approach and started grading candidates according to their raw scores. As much as we are seeing an exponential increase of top grades, it still does not meet the criteria for normal scores,” the Kenya Union of Post Primary Education Teachers, Okello Misori, told the Nation.

The 2020 results also show an increase in the candidates who qualified for university admission (143,140), a number that is close to the pre-Matiang’i years.

“The realisation of time having been lost (during the seven-month closure last year) must have been a motivation for both teachers and students as they prepared for the exams,” Kahi Indimuli, the chair of the Kenya Secondary Schools Heads Association told the Nation.

He added that Knec had promised that while setting and marking the examinations, it would take into consideration the challenges that students had gone through.

“Since there is no more moderation, schools have also made internal adjustments in how they assess and grade students. At times, the grading is pegged at a higher pedestal than the previous one, making the students and teachers work harder,” Mr Indimuli said. He is the principal of Machakos School, which had 3 candidates scoring straight As and 38 others with A-(minus).

Scoring As in their hundreds

In the 2016 results, only 88,928 candidates qualified for university admission after scoring the minimum C+ and above, as compared to the 169,492 who had qualified in 2015. Some schools that had students scoring As in their hundreds included Moi High School Kabarak which had 202 grade A scores and Alliance High School with 200.

“Last year, schools which produced 196 straight As could not produce 15,” Dr Matiang’i noted in 2016 while he singled out The Kenya High School and Alliance Girls’ High School for their “honesty and consistency”.

Out of the 893 A mean grade scores, 721 of them came from national schools, with the old national schools dominating the list. From the provisional results put together by Nation, Alliance High School had the most As (77) and 128 A-(minus), followed by Kapsabet Boys’ High School with 65 candidates scoring As and 133 others with a score of A- (minus).

“Grade A had to disappear because of leakage. In 2016, we didn’t have a national examination. It was a national leakage. When cheating was curtailed, the drop had to happen. Students have now come to the reality that for them to pass, they have to work hard,” Stephen Munyiri, the principal of Chuka Boys which was singled out as one of the most improved schools told the Nation. It had five candidates scoring straight As, up from one in 2019.

Another principal who requested anonymity citing fear of retribution, however, alleged that there was leakage in the 2020 examinations adding that “unless something is done, we’re likely to go back to the dark ages.”

Senator Mwaura trip out of his hotel room, led to yesterday’s ouster