This man Guandaru: Who keeps abducting him? 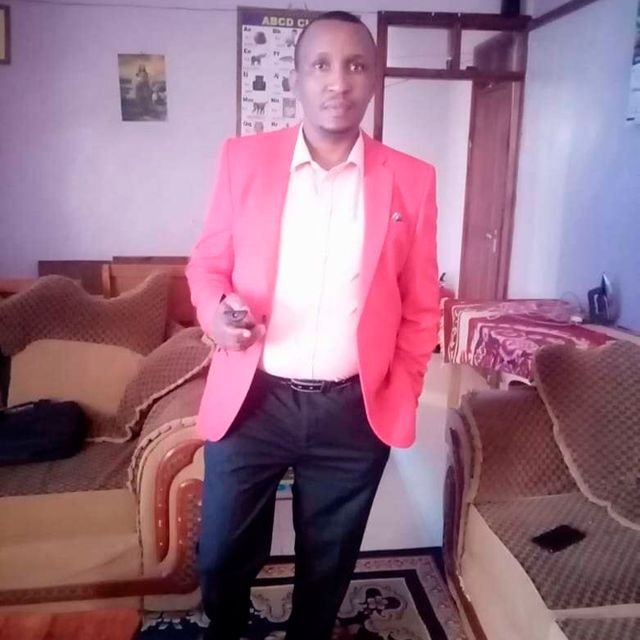 For a man running an ordinary barbershop in Nyeri town, Gerald Guandaru sure does get abducted a lot.

Controversy continues to dog the businessman, with fresh reports suggesting that he might have been abducted not twice, but three times.

Mr Guandaru became the focal point of a series of abductions in Central region earlier this year, with his kidnapping lifting the lid off questionable dealings linking him to the illegal ivory trade.

Today, contradictory accounts about the man’s abductions place him at the centre of a series of kidnappings, further fuelling suspicion that poaching and illegal trade in game trophies could be the main motive.

His initially publicised abduction happened around 5:30pm on June 29, 2021 on Kanisa Road in Nyeri town. He was taken by armed men just 135metres from his barbershop.

He had parked his vehicle, a Toyota Premio, outside a hotel when three men in a station wagon blocked his car.

Witnesses said that they saw the men talking to Mr Guandaru through his window for a few minutes. A witness reported that the men tried to get him to open the door but he refused and they quietly walked away.

A few minutes later, he got out of his car and started walking in the direction of his barbershop. That is when the three men grabbed him and dragged him into their car.

The vehicle drove off, followed closely by two others, one which is said to have had parastatal registration plates.

It would later emerge that this was not the first time Mr Guandaru had been abducted. He was taken in similar fashion on the same street four years ago.

On May 30, 2017, the businessman was abducted outside his barbershop christened G G Kinyozi.

Police and court records in our possession show that at 7:55pm on the same day, his family made a report at the Nyeri Central Police Station, saying he had been abducted.

An Occurrence Book (OB) entry made at 2am on May 31, 2017 shows that the officers reported that they had arrested the two for being in possession of two elephant tusks weighing 7.5kilograms and a 303 hunting rifle.

The KWS officers claimed they arrested the two men after they were dropped off by a motorcycle at ADC Mutara area in Laikipia.

They would later be charged with being in possession of ivory and an illegal firearm.

The contradiction on when and where Mr Guandaru was arrested played out during the trial, with the magistrate pointing out inconsistencies in the timelines given by the KWS officers. The officers claimed in their testimonies that they had arrested the men on May 31, but documents presented before court show they were arrested on May 30, the day that Mr Guandaru was reported to have been abducted.

Inconsistencies in the arrest date and the make of the firearm they were accused of having formed the basis on which the case was thrown out by Senior Resident Magistrate Ocharo Momanyi on October 8, 2020.

Mwai, Mr Guandaru’s alleged accomplice, died in the course of the trial. The Nation has learned that he was shot dead in Ol Pejeta Conservancy during poaching.

After the Nation uncovered and published details of Mr Guandaru’s past abduction, the family approached the media with a request to stop running stories linking him with his family name and other business engagements. The family, led by his father Nderitu Guandaru, also requested that we stop looking into his son’s disappearance as they were leaving the matter to God and the police.

It is, however, an alleged third abduction of Mr Guandaru that places him under the microscope.

On September 16, 2021, human rights lobby Haki Africa sent out a press alert regarding the abduction of Mr Guandaru.

In the alert, the lobby group said together with the family of Guandaru, they would be visiting City Mortuary in search of his body.

This is where details of his third abduction begin to emerge, though jumbled.

Haki Africa initially claimed that Mr Guandaru was taken on Tuesday September 14, 2021, about 10 metres from his barbershop.

“Eye witnesses report that a Subaru Outback drove to Gerald’s business premise and waited for him to arrive before abducting him,” Haki Africa said in the initial press alert.

This narrative suggests that Mr Guandaru was abducted again two and a half months after he was reportedly kidnapped. The alleged September 14 abduction was never reported to the police.

When asked how Mr Guandaru could have been abducted a third time, the family denied having any knowledge of it, or Haki Africa.

His father said the family had never been in contact with Haki Africa, despite the fact that they accompanied the lobby group to the City Mortuary, in Nairobi, in search of his son’s body.

“Who is Haki Africa? Are they police officers? I am not aware of any plans to go to City Mortuary,” the older Guandaru had told the Nation.

The questions directed at the family are said to have sparked conflict with Haki Africa as relatives protested that they had not been informed of any media engagement during the visit to the mortuary.

Haki Africa subsequently retracted its earlier statement, claiming there was an error in the dating of the abduction of Mr Guandaru. The lobby group did, however, admit to visiting City Mortuary together with the Guandarus on September 17.

The contradictions between the Guandaru family and Haki Africa have raised questions regarding how many times the businessman has been abducted.

For instance, police reports show that Mr Guandaru was abducted 135 metres from his business, while Haki Africa claims it was 10 metres.

The lobby group also claims that the abductors were in one car and waited for him to arrive at his business.

Police reports and witnesses indicate that he arrived before his abductors who had been trailing him in three vehicles. In fact, witness accounts show that he had been sitting in his car for more than 10 minutes when the abductors approached him.

Police in Nyeri have maintained that they have only one report of the businessman’s abduction on June 29, 2021.

“I am only aware of the June abduction. Whether he came back and was abducted again we are not aware. And if he did, in fact, come back, the family never reported that to us,” Nyeri Central Sub County Police Commander Paul Kuria said.

Mr Guandaru’s father today maintains he has no idea who took his son and why.

“Looking for him has become impossible. I tried every means but nothing was forthcoming,” he said.

Given the disparities in the two accounts, questions abound; how many times has Gerald Guandaru been abducted? Did he know his abductors and did they set him free? Are his past links to poaching coming back to haunt him?

About The University of Alabama In Huntsville.