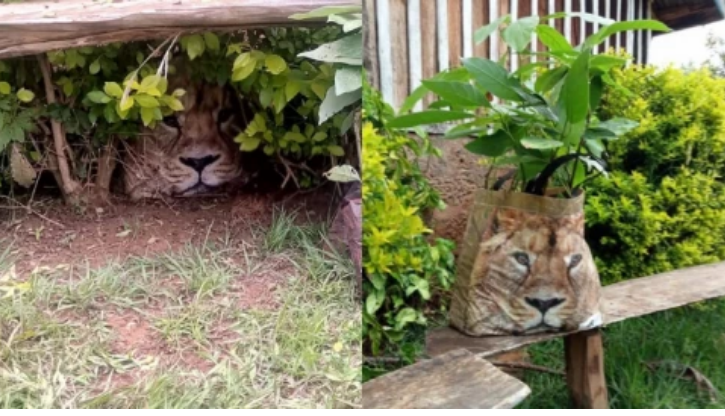 Residents of the Kiangua region in Imenti South, Meru County, are reportedly terrified of a huge cat in their midst after seeing a Carrefour supermarket shopping bag.

On Thursday, Twitter user @AKenyanGirl posted photos of the bag hidden beneath a leafy shrub, with its distinctive lion face branding.

Avocado seedlings in the bag give it a ‘filled up’ appearance, making it easy to mistake for a lion’s head peeking out from beneath the bush.

They instantly summoned Kenya Wildlife Services (KWS) personnel after noticing the ‘dangerous feline’ in their vicinity, according to the account.

A KWS warden is seen inspecting the bag in one of the photos!

Within an hour of its publication, the tweet had received over 800 retweets and nearly 2,000 likes.