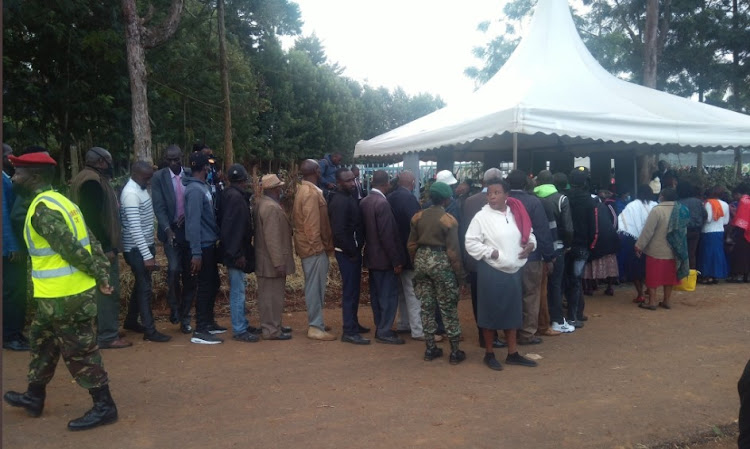 Members of the public have begun to arrive at the Othaya Approved School in Othaya, Nyeri County, for the funeral service of former President Mwai Kibaki.

Some people reportedly came to the location as early as 5 a.m.

Food and water have been prohibited on the premises.

The late president’s remains are due to arrive at 10 a.m. after leaving Lee Funeral Home in Nairobi at exactly 7 a.m.

More than 15,000 mourners are expected, according to the funeral planning committee.

Kibaki will be buried in a private ceremony at his Othaya residence, and not all mourners will be allowed to join.

To guarantee a seamless burial service, security has been tightened up at the School, with strict security screening being undertaken on members of the public arriving for the ceremony.

READ ALSO  Why 'Nitakuabudu' is the Gospel Hit for 2022
Related Topics:Mwai KibakiNewsOthaya Nyeri
Up Next