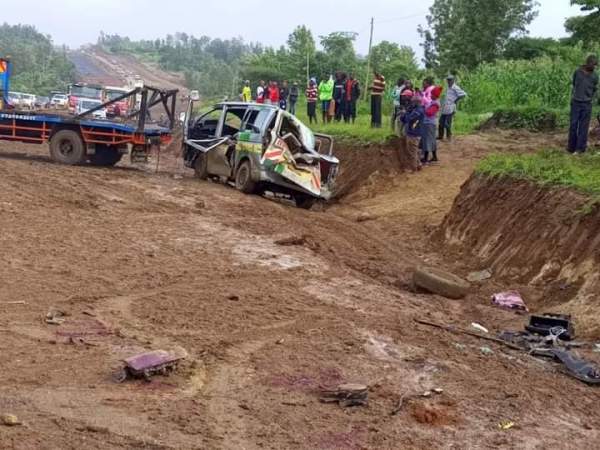 Three students from Chogoria Girls High School lost their lives on Saturday, December 18, after the car they were travelling in got involved in a grisly road accident in Kambiti, Murang’a county.

Confirming the tragic accident that also claimed the lives of the tout and driver of the ill-fated matatu, Murang’a South Sub-county Police Commander Alexander Shikondi said the matatu belonging to Mark One Sacco was trying to overtake a truck when it collided head-on with a lorry.

The driver of the matatu died on the spot while other students who sustained serious injuries were rushed to various hospitals in Murang’a and Thika.

The incident comes days after students from Gatitu Secondary School in Gatanga were involved in a road accident after the bus they were travelling in lost control and veered off the road.

READ ALSO  She lost both legs but it didn’t stop me from falling in love
Related Topics:Alexander ShikondiChogoria Girls High SchoolNews
Up Next