Three lovers and a fake kidnapping 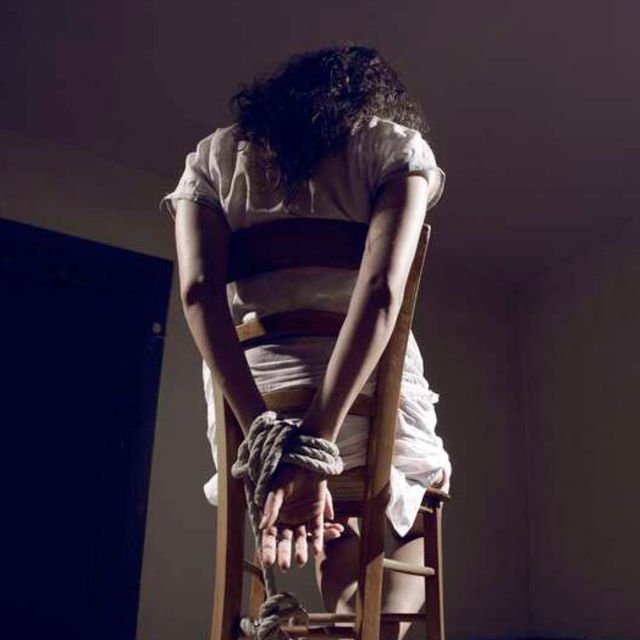 A man and his two girlfriends had been together for three days while faking the kidnapping of one of the women, and coercing her husband to pay ransom.

The three, identified as Jane Wairimu Ndung’u (27), Richard Mogire Nyangaka (25) and Sylivia Moraa Nyakundi (21) had been at Mr Mogire’s single room in Malaa, Machakos County, until Wednesday afternoon, when they were arrested at the entrance of the Tana Sagana Resort in Murang’a County.

Ms Moraa is a student at Jomo Kenyatta University of Agriculture and Technology and she is Mr Mogire’s girlfriend. The university student has, however, denied any involvement in the illegal operation.

Her account is one that the police are finding hard to believe after it emerged that Ms Moraa was picked up on Monday by her boyfriend and Ms Wairimu as they drove back from Mtito-Andei, 233 kilometres from Malaa town, where they had gone to withdraw Sh40,000 that they had received as ransom from Ms Wairimu’s family.

To avoid detection, the police say, Mr Mogire changed the vehicle he had earlier driven, before picking up Ms Moraa and taking her to his house in Malaa where he had been with Ms Wairimu since Friday last week.

Had they not done the car exchange, detectives from the Special Service Unit and Crime Research and Intelligence Bureau who had been tracking them, would have arrested the two as they travelled back from Mtito Andei.

Two days later, the three resurfaced on the police’s radar and were arrested at the entrance of Tana Sagana Resort in a white Daihatsu Mira driven by Mr Mogire. They were taken to Embakasi Police Station. The police also recovered a Tecno mobile handset paired to a phone number registered by Ms Wairimu.

DCI reports indicate that it was while questioning the suspects that it emerged that the three had been living in Mr Mogire’s one-room house in Malaa since Monday.

Police are working to uncover and establish Ms Moraa’s involvement in the scheme.

Ms Wairimu told the police that she was in debt and that she went to stay with her lover, who is a registered Uber driver based in Matungulu. Together, they hatched the plan to defraud her husband, Mr Brian Mutuku, of Sh200,000 through a fake kidnapping, which supposedly took place on Loita Street, Nairobi, last Friday.

That night, Mr Mogire, pretending to be the kidnapper, started calling her husband to demand the Sh200,000 ransom. At first, Sh17,000 was sent, then an additional Sh40,000 was sent on Monday, bringing the total to Sh57,000 by the time of the arrest.

The suspects, who have been at Embakasi Police Station since Wednesday night, will be presented at Makadara law courts today (Friday) to answer to fraud related charges.

Embakasi Sub-County Police Commander John Nyamu told the Nation that officers were working on the case and they would be seeking more time from the court to analyse evidence and strengthen their case against the three.

“There are a lot of gaps that we need to seal in this case. We also have to trace the numerous calls that were made to threaten the husband of the woman from the service provider. We also have to establish the involvement of every single suspect arrested in relation to this case before we make a conclusive report,” he said.

Police in trouble over mysterious death of a man in Kangundo