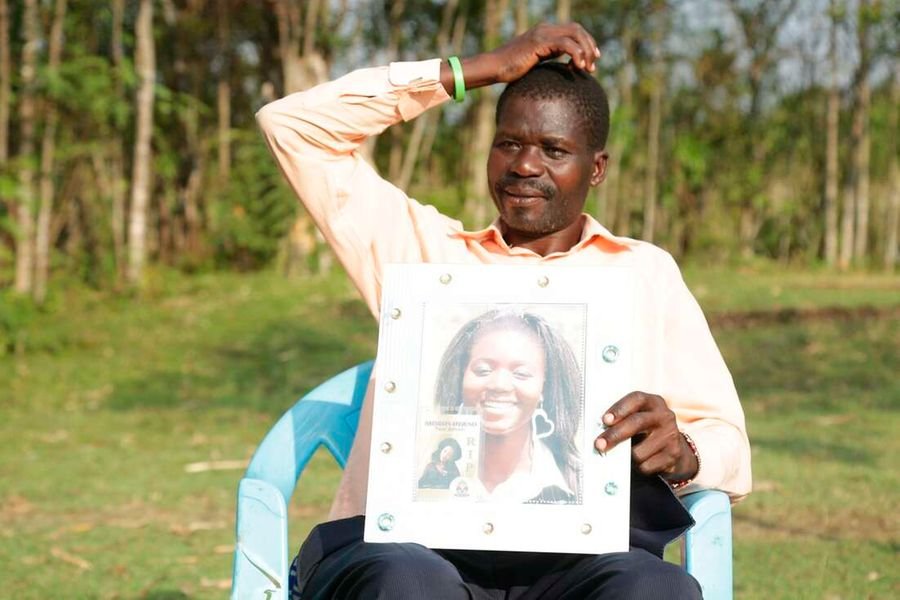 At the time of her death, she was the girlfriend of Migori Governor Okoth Obado and the mother of his unborn child.

Her body was discovered dumped in a thicket in Oyugis, Homa Bay County on September, 2018, a day after she was abducted.

She had seven stab wounds including two under the left ear, according to chief pathologist, Dr Johansen Oduor.

Usually, her family marks the anniversary of her passing, an event that ensures her memory is kept alive in everyone’s mnds.

This year, however, seems slightly different.

At their home in Magara village, Homa Bay County, nothing much is happening. Sharon’s mother Melida Auma was not available when the Nation team visited but the late student’s father, Mr Douglas Otieno, agreed to be interviewed.

Mr Otieno said the family will not conduct an anniversary ceremony for their daughter this year because they do not have enough funds.

“Covid-19 has brought tough economic times, and it becomes very difficult to hold an anniversary for Sharon because of money constraints. The movement to and from Nairobi in July this year for her case drained us even more,” says Mr Otieno.

The events of September 4, 2018 are however still fresh in their minds.

“It is not easy. That memory is still with us. Those who had problems with Sharon should have told us. We would have heard them. Killing her was unacceptable, wrong and an inhumane,” said Mr Otieno.

He described his daughter as very hardworking and says he loved her very much.

The slain university student was his first born. Now, Mr Otieno says, he feels the burden of her loss since she helped help him a lot.

Her three children, the elder one now in grade one and youngest in Pre-primary 1, are faring on well, he says, but they definitely miss the love of their mother who was the sole provider.

“The children would have been better if their mother was alive. She had envisioned a good life for them, but she is no more and we are now struggling to bring them up,” he said.

Years later, not much has taken place in the family’s quest for justice. The case, in which the main suspect is Mr Obado, has been dragging on in court with hearing set to resume on October 4, 2021.

But despite this, Sharon’s family says it is content that the case is proceeding well and is hopeful of getting justice for her and her unborn child.

“Many thought the case had collapsed, but we are happy that it is proceeding though at a snail’s pace. We believe Sharon and her daughter will get justice” said Mr Otieno.

Already, six witnesses, among them government pathologist Johansen Oduor and Government analyst Kimani Mungai, have given evidence before Justice Cecilia Githua in Nairobi.

The DPP has lined up 34 other witnesses in the case against the second-term governor, who recently indicated he will vie for the presidency in the 2022 General Election.