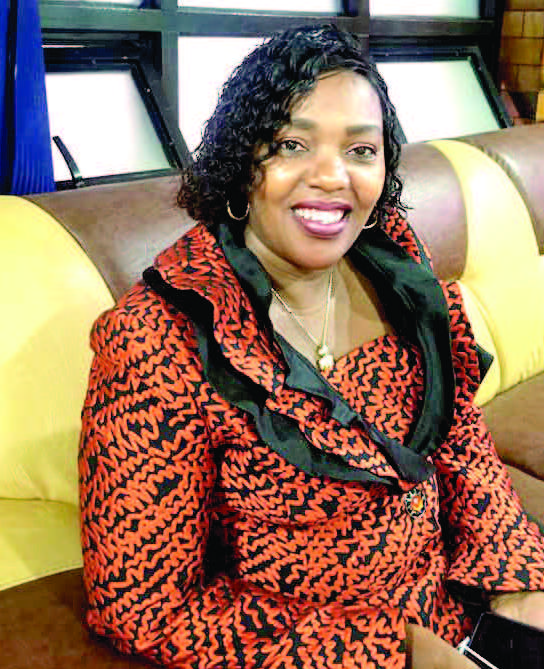 For Cecilia Karanja, who is thrice married and twice divorced, society defined her as less than all because she was not able to have children. But the most emotive stories that impact change are born out of hardship. Cecilia is cognizant of this fact and candidly shares about her struggle with infertility with the hope of giving hope to someone who may be going through the same circumstances today.

“I got married at 24 years. I was young and excited to start my own family. We would try to get pregnant but were unsuccessful. That is when the man turned violent. I went to my gynaecologist and did a battery of tests, which included a pelvic scan that checks the health of the uterus, cervix, vagina, fallopian tubes, and ovaries, and an HSG scan, which checks if the tubes are blocked. Everything was okay. I would later cajole my husband into coming for the tests with me. It turned out that he had low sperm count,” Cecilia explains.

They would get divorced soon after their sixth year as a couple mainly due to the cracks that the lack of children put in their union. Cecilia forged forward buoyed by the hope of a child in the future. She would get married a second time. After a few months of unsuccessfully trying for a child, Cecilia decided to go for another check-up. She was shocked to learn that she could not have a child due to blocked tubes and fibroids.

Cecilia shares how she felt betrayed and how she could not fathom how one day she could be fertile and the next she was not. The thing about fertility is that it changes from time to time depending on different factors such as age and hormones. The gynaecologist suggested a laparoscopy to unblock the tubes and take out the fibroids. But the cost was high, so Cecilia went home to strategise.

As she was working on how to raise the money, the man was working on another relationship. She was soon kicked out with the man claiming that he had been informed by reliable sources that she would never have a baby. That was four years of marriage and a promise of for better or worse broken because of their unfruitful struggle to get a child.

Cecilia put her head down, battled depression, saved enough for the surgery over a year, and had a successful surgery soon after. The doctor advised her not to try for a child or have unprotected intercourse for six months. This is because her uterus was still healing and would, therefore, not be able to carry the weight of a pregnancy to term.

“The universe works in funny ways. I would meet my now husband soon after I had healed and would get pregnant within four months of starting the relationship. We now have three beautiful babies and I thank God for this. I decided to use my experience to give hope to others and encourage them. That is why I founded Fertility Kenya in 2014 for that exact purpose. By then, I was a mother of two beautiful children. I would get my last born a year later,” Cecilia shares.

She shares how she bottled her pain inside unable to explain herself to abusive in-laws and unable to protect herself from those who claimed that her childlessness was a curse or a punishment for previous incidences of promiscuity. She shares that most of these insults might have stemmed from the lack of understanding and stigma around infertility.

She hopes that her story educates others and helps lessen the stigma and silence around infertility and the struggle to get children. Cecilia hopes to use Fertility Kenya to educate communities on the various causes of infertility, the tests needed to ascertain whether one is infertile or not, and the available course of action after diagnosis. She hopes to offer childless couples hope as there are various solutions available to people who might be infertile. There are drugs to boost sperm production and others to boost the quality of eggs. If it is about the uterus being too small, there are solutions such as enlarging the uterus using medication or opting for surrogacy. In vitro fertilization(IVF) is also an option. She is privy to this information as she is in constant talks with doctors in a bid to secure more affordable health packages for Fertility Kenya members.

“One thing I realised during my struggle to get a baby was that most treatments are very expensive. Technology offers new solutions for childlessness, but they come at a price. I normally tell Fertility Kenya members that no price could equate to a baby. You just have to save for a set period, then leverage our membership to get tests, consultancies, and treatments at subsidised rates. Our members save between Sh50,000 and Sh100,000 off the normal cost of IVF for instance. For me, being part of these people’s journeys, crying with them, supporting them, and walking with them is what keeps me going. Holding some members’ babies after successful pregnancies, surrogacies and IVF cycles are indelible highlights that inspire me and the team at Fertility Kenya to keep going,” she says in ending.

• Infertility rate in Africa is estimated to be 10.1 per cent with Kenya’s infertility rate being 11.9 per cent. The stigma around infertility and the lack of self disclosure among those that suffer from it means that the percentage could be higher. The stigma stems from a lack of education and sensitisation around the issue.

• Cecilia Karanja was discovered to have blocked tubes and fibroids during her second marriage.

• She met her current husband soon after treatment and would get pregnant within four months of starting the relationship.

• She hopes that her story educates others and helps lessen the stigma and silence around infertility and the struggle to get children.

In the life of a tomboy…