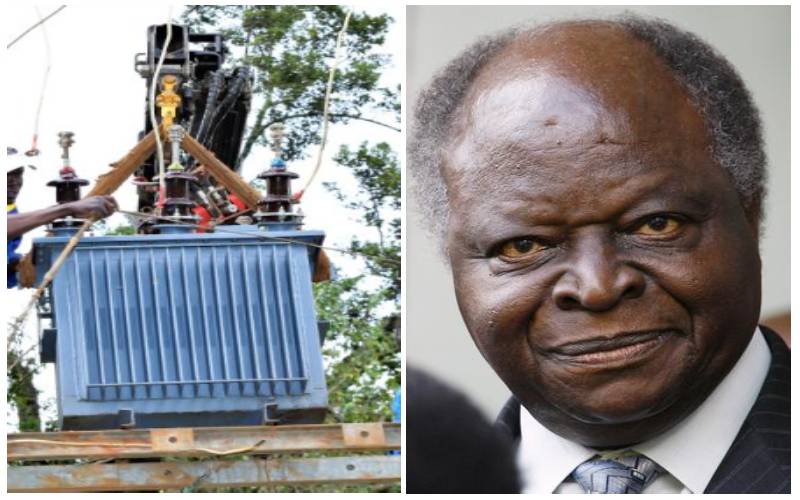 According to Benjamin Onsomo, a Kenya Power distribution engineer in Othaya, the area’s energy supply was shut off at 11 p.m. on Tuesday.

Around 50 meters distant from the former president’s home, the transformer pole was installed. The transformer was smashed and its components stolen on Tuesday, May 3.

The robbers are thought to have used a tea plantation a few meters from Kibaki’s residence as a hideout.

Even though the thugs vandalized the facility, Kibaki’s homestead was guarded by the elite Recce Squad personnel around the clock.

According to the Energy Act, vandalism of electrical equipment is considered an economic offence, and if charged, defendants face a minimum fine of Sh5 million or a minimum prison sentence of 10 years.

President Uhuru outlawed the trading in scrap metal with immediate effect in January 2022, stating that anyone discovered vandalizing national infrastructure would be regarded to have perpetrated economic sabotage, which is treasonous.

“As of today, we have put a moratorium on any scrap material until we have put in place proper guidelines that will ensure that that material is not coming from the investment that the Kenyan people have made.”

Accidents on Expressway to cost motorists up to Ksh8M