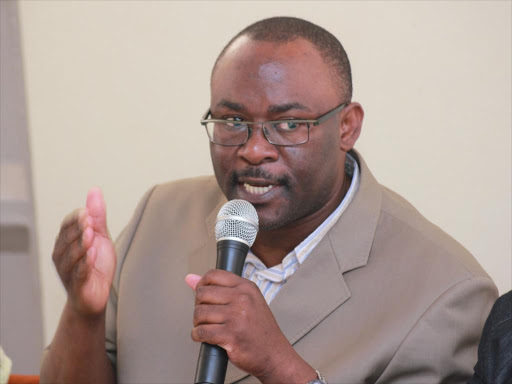 Tim Wanyonyi, the Member of Parliament for Westlands, has declared that he will take a two-week hiatus from active politics to ponder on his next political move.

The politician is still debating whether or not to run for the Nairobi governorship seat, according to Alutalala Mukhwana, Wanyonyi’s head of protocol and legal advisor.

Wanyonyi is also weighing the idea of staying in the Azimio la Umoja One Kenya Coalition Party and defending his Westlands parliamentary seat, which was indicated by ODM party leader Raila Odinga on Friday, April 22.

The Westlands MP on the other side, might deputize Nairobi Senator Johnson Sakaja, who has already obtained a United Democratic Alliance (UDA) party ticket, to run on a joint ticket in the Kenya Kwanza alliance.

“Mheshimiwa is going to make an announcement in the next two weeks on his next move,” Mukhwana said.

Wanyonyi made the announcement three days after meeting Sakaja in a city hotel. The encounter between the two sparked political debate, with some political commentators claiming that it was a powerful political statement.