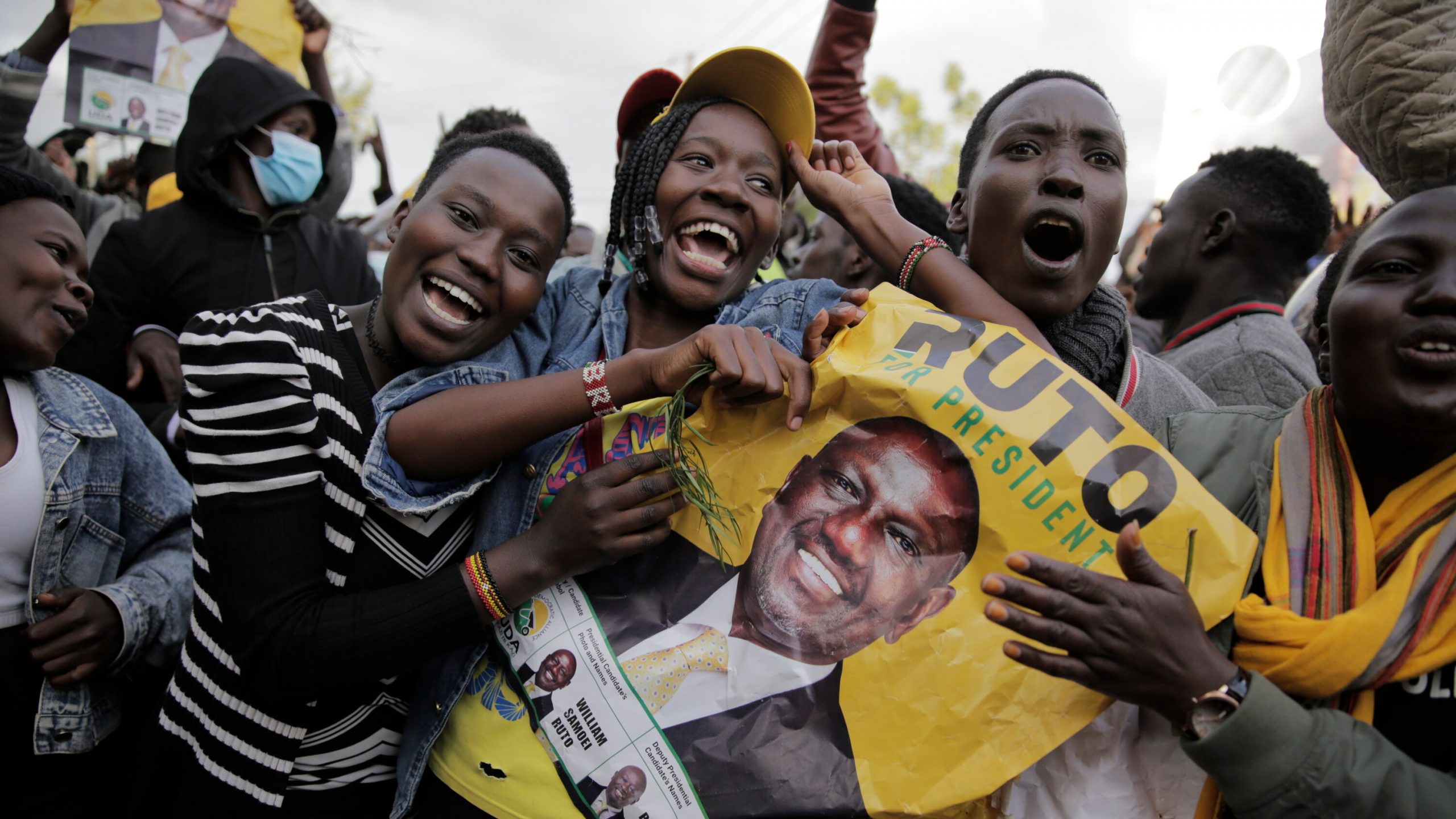 9am: The Bomas of Kenya auditorium was free of verification desks.

2pm: Religious leaders are welcomed into the VIP lounge as they arrive at Bomas, led by Anglican Archbishop Jackson Ole Sapit.

3pm: Ruto gets to Bomas

4:45pm: Few diplomats are taken into a room holding Ruto, other commissioners, and Wafula Chebukati.

4:55pm: The atmosphere of the audience begins to change. One by one, the leaders of the Azimio coalition begin to leave.

5:25pm: Abdi Guliye, Boya Molu, CEO Marjan Hussein Marjan, and Mr. Chebukati enter the auditorium prepared to announce the results, but the other four commissioners are not present.

5:38pm: Waihiga Mwaure and George Wajackoyah, the other two contenders for president, are seen leaving the auditorium with their families who had occupied the front rows. They were brought to the VIP lounge after arriving with heavily armed GSU officers who had ring-fenced them.

5:56pm: In the midst of tight security, Mr. Chebukati enters the hall once more. A brief prayer is held by Archbishop Sapit before Mr. Chebukati begins to speak.

6:04 p.m: Dr. Ruto is named the new president of the Republic of Kenya by Mr. Chebukati.