Together until the end: Couple dies one day apart 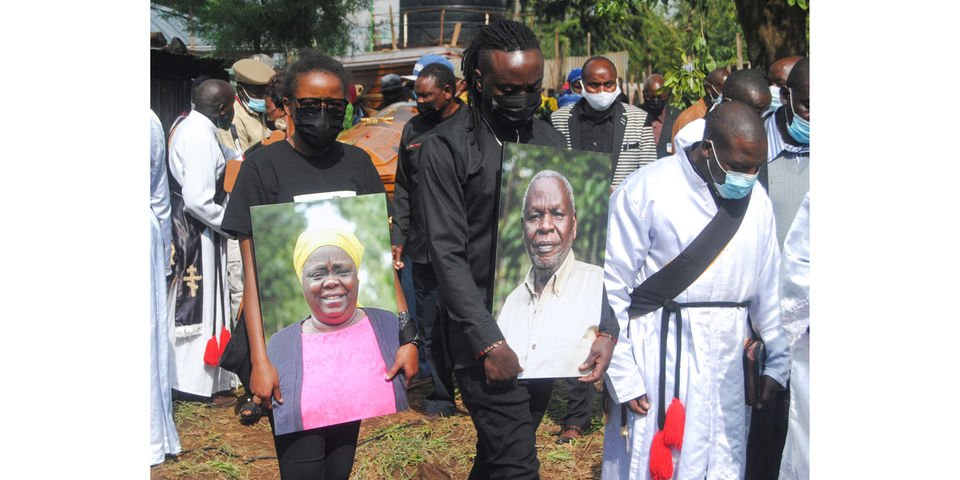 A couple from Elburgon, Nakuru, died a day apart after spending decades together.

Wangui died while receiving treatment at a Nakuru hospital following a brief illness. Less than 24 hours later, Njoroge, who had told his relatives that it would be difficult for him to live without his wife, passed on.

One of their grandsons, Francis Njoroge said the sudden deaths shocked the extended family as the elderly couple did not have a history of chronic illness.

“My grandmother was in good health until last Sunday when she suddenly got ill and was rushed to the Nakuru Level Five Hospital. She succumbed five days later,” said the grandson.

Francis told the Nation that his grandfather was informed about the death of his wife and was requested to travel to the hospital to sign documents before Wangui’s body was moved to the mortuary.

When Njoroge returned home, he felt unwell and could not eat. His relatives sought medical attention for him.

“After a medical examination, my grandfather was said to be out of danger because there was no diagnosis,” said Francis.

The grandson said his grandfather woke up feeling unwell and was taken to Njoro sub-county hospital where he died.

During the burial event, one of the couple’s daughters, Purity Wanjugu, said her father impacted many lives.

“We have lost a father, a teacher and a mentor. We will really miss him and our mother too,” she said.

The couple is survived by seven children and 16 grandchildren.

Puzzle of inmate who ‘drowned’ in dry police cell