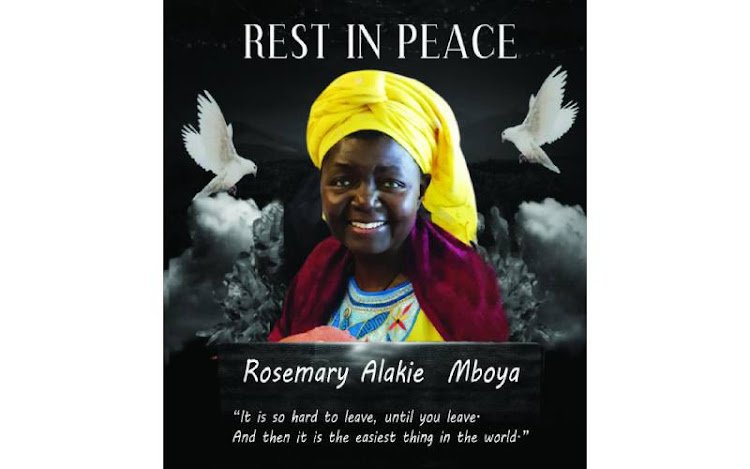 Tom Mboya’s daughter Rosemary Alakie Mboya, a veteran politician who passed away, has passed away.

After a four-year struggle with breast cancer, she passed away on Thursday at the Coptic Hospital in Nairobi.

She and her family resided in Donholm, Nairobi, and she will be laid to rest on December 22 in the settlement of Kakola in the Kisumu County town of Kano.

“We felt it would be a disservice to our sister that her death remains unknown to the world when she had a famous father and was famous in her own right as a thespian, former director of the KBC, and a Rotarian,” Ms. Obonyo said in Nairobi yesterday.

She added that Jane Akinyi, Mboya’s second daughter, will be flying from Britain, where she has spent many years working as a nurse, to return home for the funeral

Rosemary was a director of the Kenya Broadcasting Corporation and a thespian (KBC).

She was a 1953 child of Mboya’s traditional union with Margaret Ogweno, a teacher.

Gachagua: KU to get back contested land