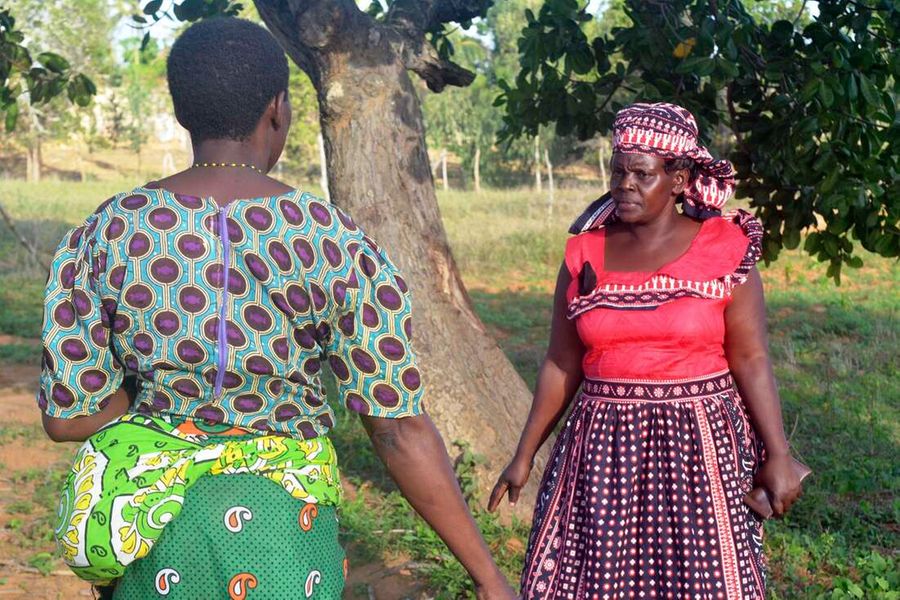 Behind the doors of village huts in Kilifi, lie dark family secrets of incest and child abuse.

Disturbing cases of fathers defiling their daughters at will have gone unreported for ages due to a code of silence aimed at protecting the sex pests.

For too long, women in the north Coast have carried the burden of shame and secrecy just to keep their families together whenever their husbands or close relatives engage in incest. When the pressure comes from gender activists, they opt for kangaroo courts.

With such village sittings, justice metamorphoses into the worst kind of injustice – a paradox of the most baffling nature.

“In most cases, the father is the breadwinner and when he is jailed, the family suffers. As a result, most families do not report cases of sexual abuse to the police. They go to kangaroo courts,” says Judith Uchi of Sauti ya Wanawake, a women’s movement in Coast.

She calls upon the government to economically empower girls who have been sexually abused by relatives.

“Victims of sexual gender-based violence are at risk due to the economic challenges facing their families. A majority risk being abused again since they end up in child labour to support their families,” offers Ms Uchi.

“Most abused girls suffer in silence in the villages. There is no one giving them a helping hand and many are defiled repeatedly because of their vulnerability.”

In the remote Masemo village in Ganze constituency, lives *Susan Kazungu and her 13 children.

Sitting under a tree, Ms Kazungu ponders her fate after a string of misfortunes. Her husband is in prison for defiling their 16-year-old daughter.

The second-born, *Mathew Kazungu, is nursing spinal cord injuries after he fell from a tree in February. He was chasing a monkey for dinner (yes, a monkey) in Mpeketoni, Lamu County, when it happened.

“I was working at a coconut orchard as a wine tapper. They paid according to the amount of palm wine you harvested. It was not enough to feed me and my family in Kilifi,” he says.

“My mother is going through hard times, so I looked for a job to help feed the family.”

He used to harvest wine from 25 coconut trees per day for Sh1,000. Now he can barely move his legs and arms. Well-wishers raised about Sh50,000 for his medication, which has already been exhausted.

Ostracised by relatives, Ms Kazungu is a desperate woman who needs Sh250,000 for his son to undergo spinal code surgery.

“My husband’s family declined to help because they blame me for his predicament. They told me not to bother them,” she offers.

The same relatives are now planning to sell her family’s only piece of land to bail out the husband. Her house is in a sorry state, with the roof almost falling, but there’s nobody to help.

According to Giriama culture, it is taboo for a woman to fix the roof. Jobless and penniless, she only stays at home to look after her son.

“The drought has made things tough because there are no jobs. I used to work in the farms around here,” she says.

Her daughter works in the mines at Kadzandani to support the family.

“A relative introduced me to one of the mine owners, who offered me a job. I have the put the past behind me to support my siblings,” she says, adding that she leaves home at 4am to get to work on time.

On average, she makes Sh400 a day. Masemo village elder Janet Kadzo says Ms Kazungu is going through a challenging time following the incarceration of her husband.

“She must go out every morning to look for casual jobs. Sometimes her children just cry because they are hungry and have gone for days without food,” says Ms Kadzo.

In Kasava village, *Lorna Kahindi is taking care of her grandchildren after her daughter separated from her husband after he defiled their 10-year-old child.

The husband, a man of God, was later sentenced to life imprisonment. Ms Kahindi weaves makuti for sale to feed her five grandchildren while her daughter works in Mombasa.

“My son-in-law was a good man, a pastor. He used to take care of his family and me, giving me money to buy food and clothes. Now we are all suffering because there is no one to support us,” she says.

Sauti ya Wanawake’s mission is to see all the survivors living a normal life like any other children. Not long ago, Ms Uchi enrolled one of the survivors at a secondary school after her primary exam.

“If the girl had not joined the secondary school and left to suffer at home, she could not understand why her father was jailed for defiling her. I could be the one to be blamed for acting against him. That’s why I support the suffering children,” she offers.

Shockingly, victims’ families sometimes turn against her “for pushing for justice against their wishes”.

“Sometimes after the bad guys are convicted, close family members of the girl and the community gang up against me,” says Ms Uchi.

Kilifi County coordinator of children services George Migosi says there is poor reporting of incest cases as families hide them to protect their relatives.

“Many cases that involve non-family members are always reported on time and the witnesses cooperate until justice is done, unlike incest where the relatives will use all means to defeat justice,” he says.

The Covid-19 pandemic also made matters worse for girls as children stayed at home for too long. In most parts of the country, there were reports of under-age pregnancy, gender-based violence and rape.

“Poor reporting of incest cases in Kilifi has always been cited as one of the many hindrances that affect the fight against gender-based violence. About 70 per cent of families in Kilifi are poor and must hustle every day to put food on the table,” offers Mr Migosi.

By the time of reporting there were six incest cases at the children’s department this year.