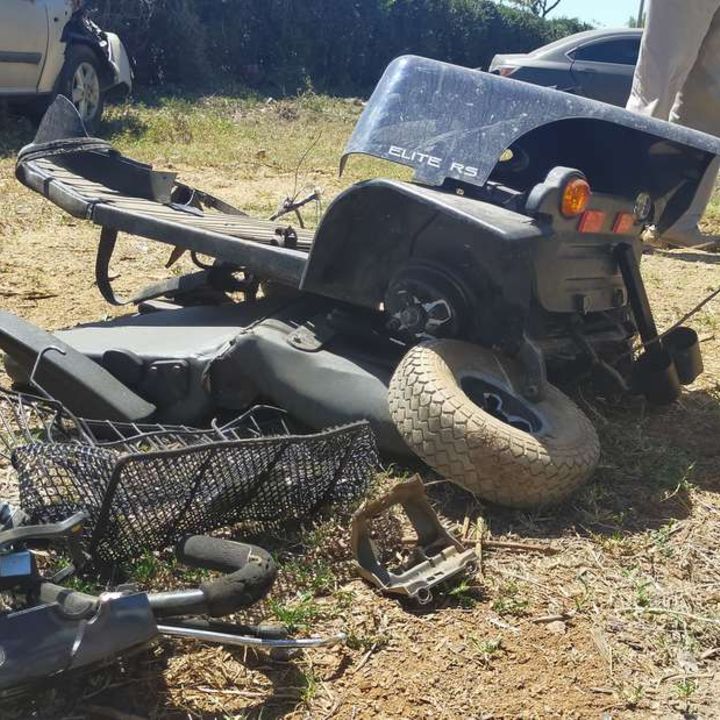 Five days ago, a convoy heading to the Sagana State Lodge for President Uhuru Kenyatta’s meeting with Mt Kenya politicians ran over and killed a man on a wheelchair at Karundas in Nyeri County.

Since then, local police have been cagey on the identities of the owners and drivers of the three cars that killed Mr Christopher Nderitu.

Using cash handouts, plausible denials and even outright deception, police and local politicians have been pulling out all the stops to bury the case. Mr Nderitu will be laid to rest today. On the day of his final journey, investigations by the Nation can reliably reveal the identity of the owners of the vehicles, as well as a plot to sweep the matter under the rug.

Chris, as he is commonly known, had just left his home at around 10am on Saturday and was seeing off a friend. Since the road has no provision for a pedestrians’ walk, the deceased was riding his electric wheelchair on the left edge of the road, heading towards Chaka.

The speeding vehicles, which appeared to be competing, zoomed past and within no time, Chris was lying on the tarmac, bleeding.

The first vehicle threw him off the wheelchair while two others that were closely following behind ran him over. Witnesses identified the build of the vehicles as Toyota Land Cruisers, commonly referred to as V8 and popular with politicians.

Records from the National Transport and Safety Authority (NTSA) reveal that the vehicles involved in the crash are owned by a former lawmaker and a county assembly official.

A witness who was walking alongside Chris recounted that a black Toyota Land Cruiser, hit the deceased first throwing him onto the road.

NTSA lists the former senator as the owner of this car but it was not immediately clear whether he was inside the vehicle at the time of the crash. Efforts by the Nation to get a comment from the Embu politician were futile as he neither answered our calls nor responded to text messages.

The second vehicle, a navy blue Toyota Land Cruiser, had government plates while the third, a white car of a similar make and model, also had a yet to be released GK number plate. According to police, these two cars ran over the victim.

“I am not even aware of the accident you are talking about,” he told the Nationin a text message.

But police are now on the spot over what appears to be a bungled investigation in an attempt to cover up the matter.

One week after accident, no arrests have been made in what ideally would be a straightforward case. Police also hurriedly processed and cleared the scene and subsequently released the vehicles back to their owners.

Kieni East Sub-county Police Commander Wilberforce Sicharani had earlier claimed that the vehicles had been impounded for inspection.

As of Sunday morning, the Nation could not trace the three vehicles at any of four police stations near the scene of the crash.

Only Chris’ mangled wheelchair had been dumped at Naromoru Police Station impound yard.

At the same time, police claimed that some of the witnesses and occupants of the vehicles had been questioned on the day of the crash.

However, the Nation has learnt that the key witness of the accident did not record a statement until Wednesday and drivers of the vehicles reported to the station for questioning yesterday.

The former senator’s vehicle was taken to Naromoru Police Station impound yard yesterday morning. Even then, Mr Sicharani maintained that they have no suspect yet but investigations are ongoing.

“All I can say for now is that we are conducting investigations and whoever will be found on the wrong side of the law will be prosecuted,” he said.

Meanwhile, reports have emerged that on Tuesday night politicians — including Kieni MP Kanini Kega and a delegation led by a Cabinet secretary — visited the family.

The politicians are said to have donated cash amounting to about Sh100,000 towards the funeral arrangements.

Mr Kega said that President Kenyatta also gave out some contribution whose amount the MP declined to reveal.

“It is not our business to proclaim ourselves but the family is being taken care of. We are following up the matter to also ensure the insurance claim is made for the death that occurred,” Mr Kega said.

The politicians also pledged to cater for the school fees of the deceased man’s son, who is in secondary school.

Before Magoha, there was Kaloki. The elusive push for the cane in schools