Top lawyer: TSC interdicted me twice, I quit and began studying law at 40 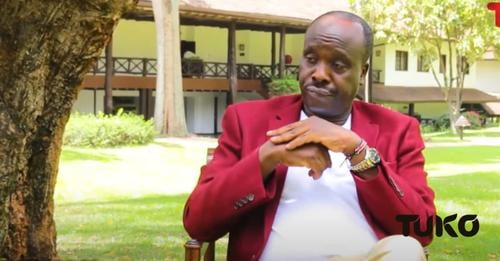 50
SHARES
ShareTweet
BY OLIVIA MUNGWANA
Lawyer Danstan Omari was a high school teacher.
He got interdicted by TSC twice before he decided quit.
He began studying law at 40. And started practising as an advocate at 47.
Before that, Omari had been paying school fees for his girlfriend, whom he later married. He educated her up to masters level.
Upon graduating, his wife paid his fees.
“She enrolled at KU and graduated with a master’s degree in linguistics and we agreed that once she finishes, she must also support me to do law,” he told Tuko News.
Right now the man is one of the top lawyers in the country
READ ALSO  Breaking News! Kenya Airways reports death of another passenger
Related Topics:Lawyer Danstan OmariNews
Up Next

What We Do In The Kenya Airlift Program Shiko Hope TV Interview.