Tourist banned from Maasai Mara after video with leopard leaked 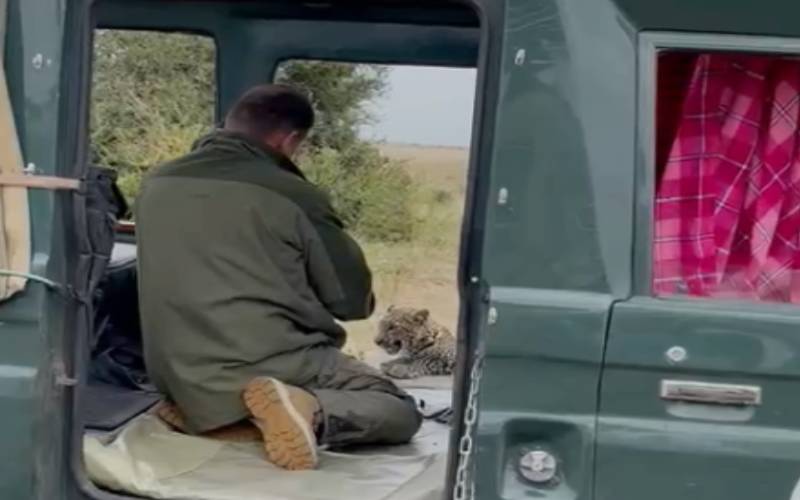 The move follows a video that made rounds on social media of tourists being too close to a leopard. 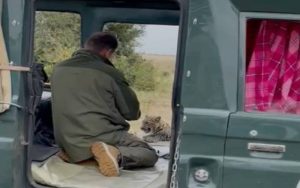 A male tourist is seen in close proximity with the wild animal while the vehicle door is open. He plays with the animal as he tries to take photos of it with his phone camera.

The clients in the video and the vehicle have also been suspended from entering the reserve indefinitely.

A statement from the chief park administrator, Christine Koshal, said “This was purely putting the life of the tourist in a quagmire as well as your life as a guide.”

She said all points of entry should ensure the directive is enforced. 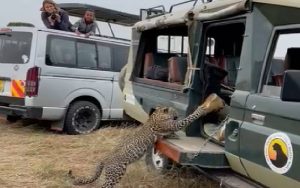 In the same breath, KAPS, which is the ticketing agent for Maasai Mara, was asked to ensure no transaction is conducted with the parties mentioned.

Koshal said the act was against the park rules and regulations and wildlife conservation ethics as a whole.

Further afield, an Illinois woman was charged with disturbing wildlife after she was filmed approaching a bear in Yellowstone National Park.

The BBC reported that a widely shared video showed Samantha Dehring approaching the bear and two cubs to take a photograph. 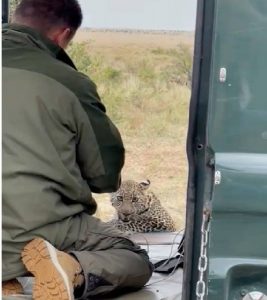 Dehring only walked away after the mother bear ran at her.

She faced charges such as “violating closures and use limits”.

BBC added that park visitors are forbidden from coming closer than 300 feet from bears.

“Dehring was among a group of tourists that encountered the female grizzly and her cubs in the Roaring Mountain section of park on 15 May.”

Witnesses later told investigators that she ignored warnings to return to the group’s vehicles until the bear charged at her.