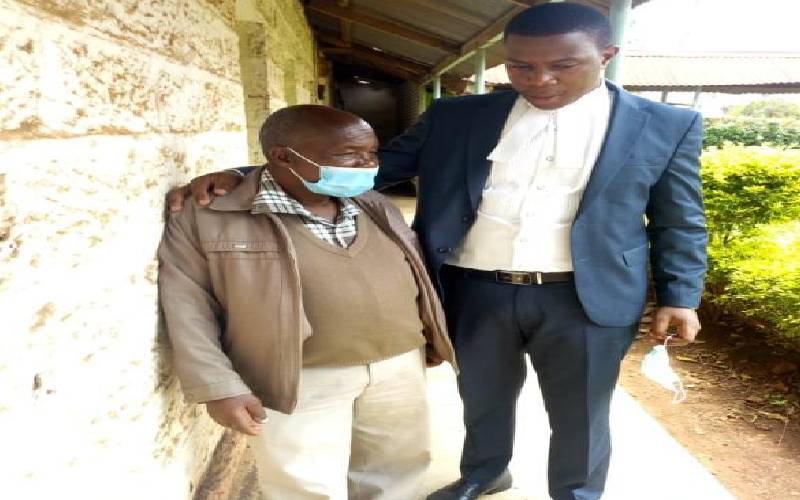 A Nyeri court will make a ruling on Friday on whether a businessman and four others arrested in connection with the killing of his son a month ago will be released on bond.

Also arraigned alongside the trader was his son’s wife Charity Muchiri, who is also under investigation over the murder on New Year’s Day. The suspects were arrested yesterday by the Directorate of Criminal Investigations officers in connection with the murder of 33-year-old Daniel Mwangi, who is Kinini’s son.

In a miscellaneous application, DCI officers had requested 14 days to continue holding the five suspects to enable them to conclude their investigations.

Through Constable Raphael Wafula, the directorate said it was still conducting investigations into Mwangi’s killing.

“The deceased was murdered on January 1, 2021, after celebrating New Year’s Eve with friends at a local pub at Mweiga town,” Wafula said in his affidavit.

He said Kinini, who is the biological father of the deceased, was the prime suspect in the brutal killing of his son.

Further, Wafula told the court that Kinini had consulted Mahinda, who was his official driver and personal assistant, on a plan to execute the son.

“According to preliminary investigations, it was established that money was paid out to the hired killers,” the constable explained.

The suspects were arrested on February 20 in Githurai, Mweiga and Embu Township.

The phones used by four suspects, Wafula added, had been recovered but were yet to undergo forensic analyses.

“The applicant requires 14 days to finalise with investigations, including the mental assessment of the suspects and recovery of murder weapons,” the officer added.

In opposing the application, Kinini said no sufficient grounds had been given to continue holding him. The court further heard that the businessman was of advanced age and was suffering from high blood pressure and diabetes.