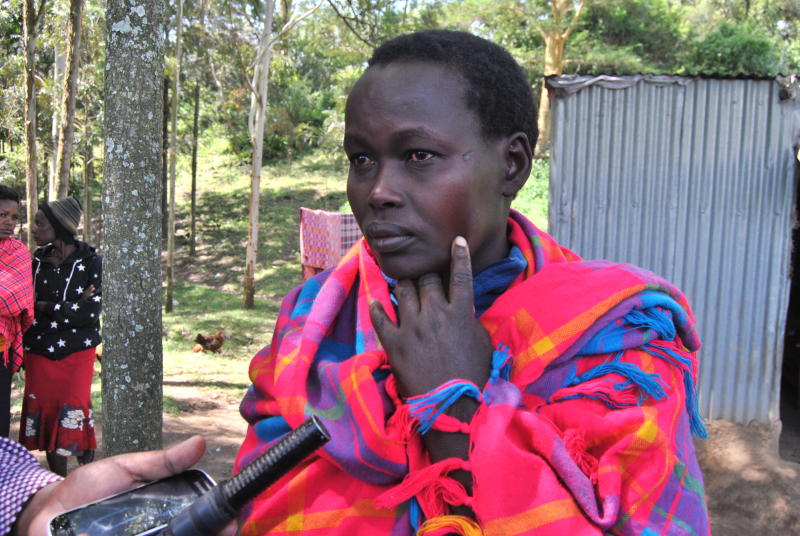 A father and his son were on Wednesday evening crushed to death by a car carrying Kisii Deputy Governor Joash Maangi at Olulung’a trading centre along the Narok-Mai Mahiu Road.

The distraught family of John Sanyo, 30 and his eight-year-old son Amos Kipkorir, recalled their last moments with the two.

“My husband decided to take an evening ride on his motorcycle with our son. They would usually do this, so it was not out of the ordinary,” said a tearful Caroline Chebet, Sanyo’s wife (pictured).

The accident occurred barely 500 metres from their Tegero home.

Police in Narok County have summoned Maangi and his driver Stanley Gitonga to record a statement on the incident that saw angry members of public burn the deputy governor’s official vehicle.

“The governor and two other occupants escaped the incident unhurt and boarded another vehicle towards Nairobi,” he said. They were yet to record the statement by 12.30pm yesterday.

Recounting the last moments with her husband and son, Chebet in an interview with The Standard, said Sanyo, had just returned from a local quarry where he works as a miner.

“He left with our son at around 5.30pm. I was still in the house when I heard a loud bang followed by screams. On inquiring, I was told that my husband and son had been killed in a road accident,” said a distraught Chebet.

Contrary to earlier reports that the deceased was a boda boda operator, Chebet said her husband’s motorbike was for private use, where he ferried stone blocks for sale.