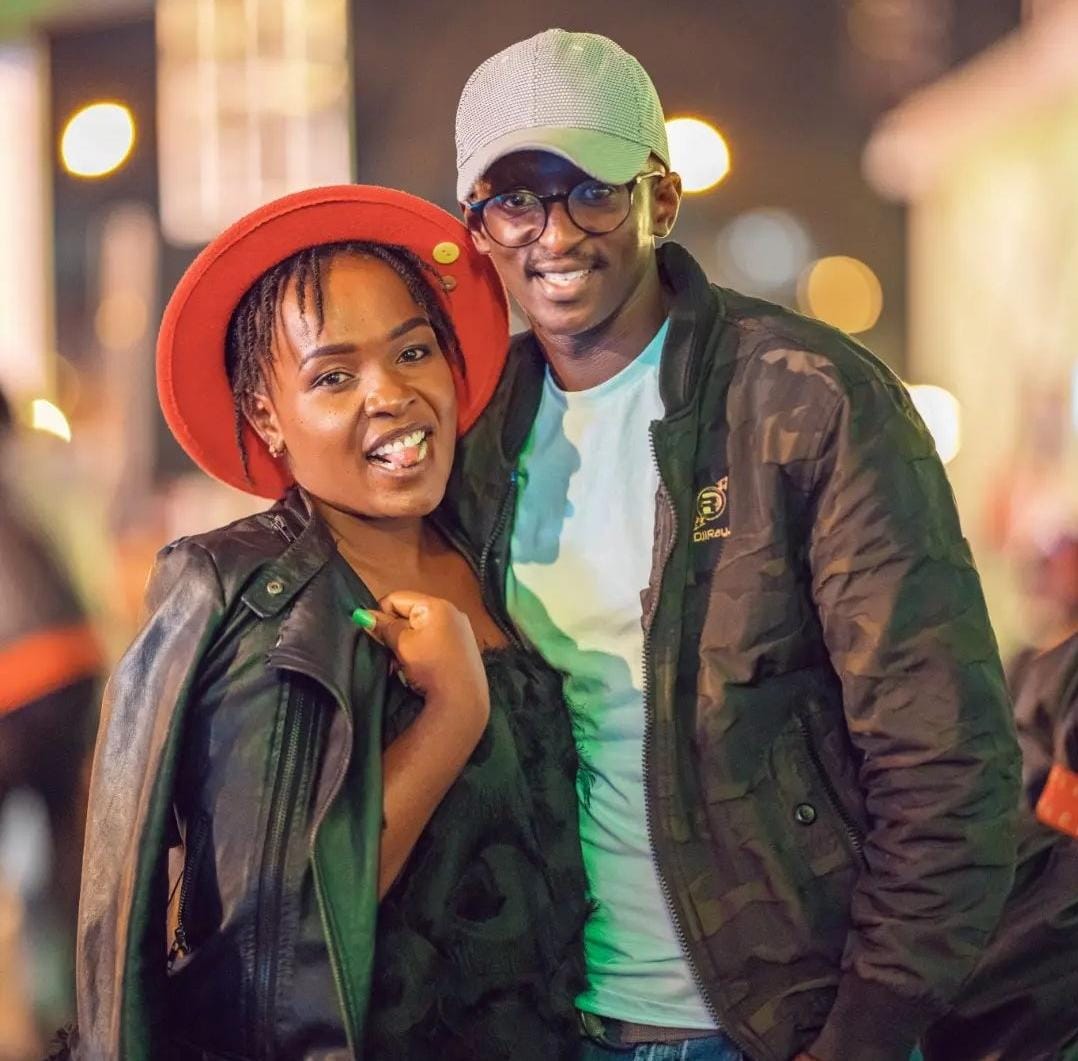 Celestine Ndinda, the Kenyan comedian Njugush’s wife, has spoken up about the difficulties she has dealing with during her second pregnancy.

Despite everything, she says she can’t wait to meet her baby.

“I am extremely happy,” Wakavinye said during an interview with SPM Buzz. But the more excited person is my son Tugi, as he has wanted a sibling for some time now, and he even prayed about it.”
“When he learned we were pregnant we had to hold his mouth every time someone came visiting because he wanted to tell everyone about it. He has so far told the school driver, teachers, and fellow students about it.”

“He had even offered to help carry the baby in his stomach. The first trimester was not easy for me.”

She credits Njugush for her success, saying that she would not be where she is now if it weren’t for him.

“He pushes me. When he believes something he goes for it, people might laugh at his ideas but at the end of the day he will pursue it.”

Wakavinye also commended Njugush, describing him as a “hands-on” father.  “He is very handy around the house. Ukiona kitu imemlemea just know it’s hard. He even takes Tugi to the farm. If my son becomes half the person his dad is I will be very happy.”

I will not attend Azimio’s running mate interviews : Kalonzo