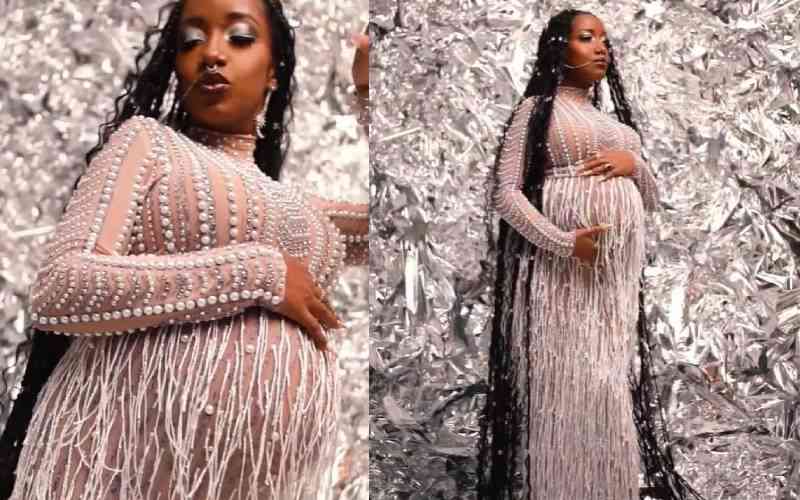 TV personality Anita Nderu, and her husband, Barrett Raftery, have confirmed they are expecting their first child after months of speculation. The TV host shared a video on Monday morning, showing a clearly growing tummy.

Anita, who is well recognized for her immaculate sense of style, went with an African theme for her pregnancy announcement, with the majority of her costumes fashioned of Maasai and Nigerian beads.

In March 2021, Raftery proposed, and the couple wed in September of the same year. Only close family and friends attended the wedding that was held in Nanyuki.

The couple met during the pandemic through shared acquaintances. Despite being separated by countries, the two kept in touch digitally and eventually met in Zanzibar. “One of our favorite couples Ivy and Andrew introduced us to each other, she put us in a Whatsapp group and exited once we said hello”

“When the whole world was shut down due to the pandemic, we sheltered in place on different continents talking for hours each day getting to know each other for months and months,” the couple wrote on their website.

“When the chance finally came to meet in person after many canceled flights, we convened in Zanzibar and the rest is history.”

Anita initially sparked the pregnancy rumors after stepping out in a white dress with ruffles in May.

“I love a party with a dress code! Overdressed is my theme always! I am those clients whom whenever as a creative you are wondering “Who is willing to wear all this?” Anita captioned the photo.

“You are rocking that bump well,” wrote one of the fans.