Twins Jamila and Wanjiru back on your screens 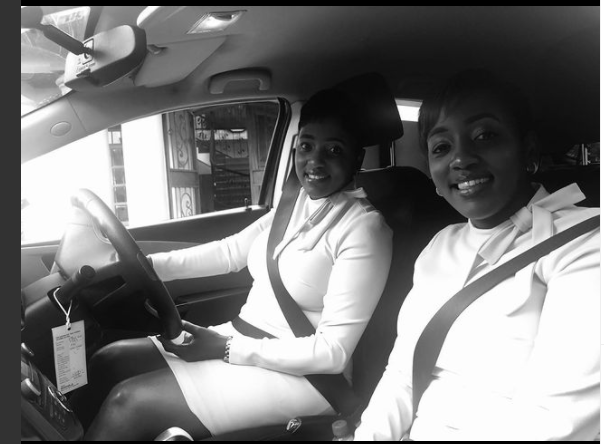 Twins Jamila and Wanjiru Mbugua are back to the screens after a brief hiatus from TV.

The two will be joining the national broadcaster Kenya Broadcasting Corporation, KBC, bringing you the Dira ya Magwiji bulletin, every other Saturday, alternating with another seasoned anchor, Pauline Shegu.

Before making their comeback, Jamila Mbugua worked for NTV where she hosted The Property Show, while her twin sister worked as a communication and marketing consultant at Diamond Media.

Wanjiru Mbugua was also a business news anchor at KBC, between 2006 and 2008. She is a passionate marketer, a teacher by profession, a certified events planner as well as a fashion designer.

Entrepreneur, who has a knack for creating, nurturing, and supporting, says she’s been growing her businesses and bringing up her two young adult boys, stuff that brings her fulfillment and satisfaction away from the limelight…

Jamila on the other hand, has had a few gigs on Tv since then, she joined the Kiswahili team on K24tv Tv in 2012 and went on to creating and producing the esteemed Kiswahili inspirational talk show, Faraja, that aired on K24tv between 2013 and 2015. She later helped produce and host the property show, 2018-2019 on NTV and has been trying her hand in real estate, interior decor and documentaries productions for her clients. Jamila, whose married to a city lawyer leads a modest and quiet life away from the limelight.
READ ALSO  I gave my boss an ultimatum and became jobless
Related Topics:NewsWanjiru Mbugua
Up Next