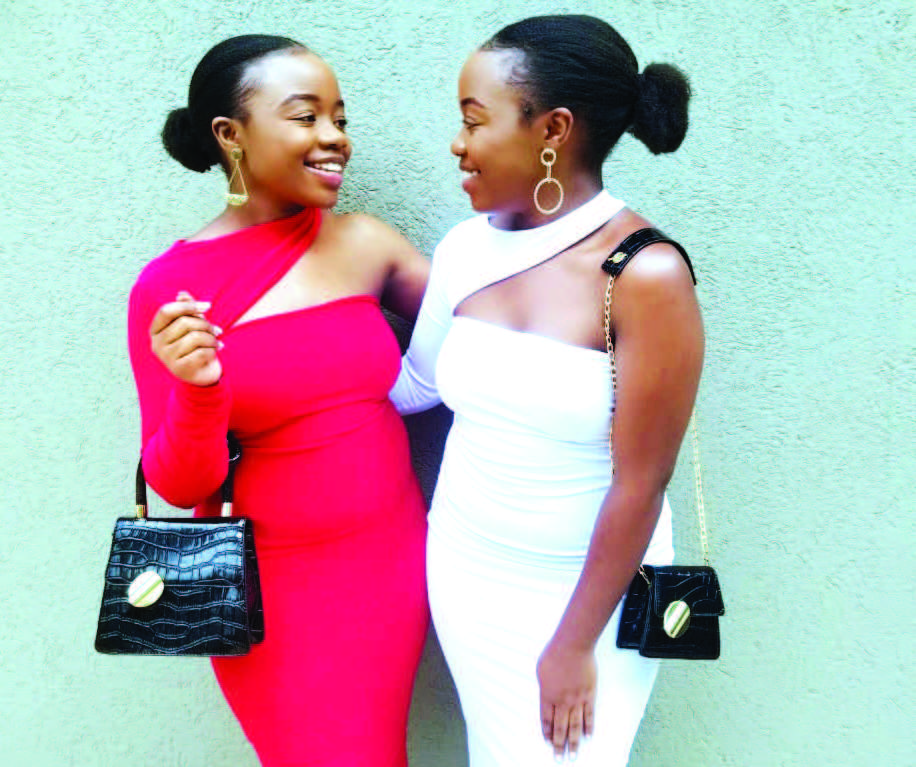 When I meet Linda Alexette and Belinda Joanna, I am stunned. The two young actresses are on time and look so alike that I can only tell them apart by their different dresses. They are bubbly and vivacious that it is easy getting into the business of the day, getting to know them.

The twins came into the limelight after starring as Tobi and Kobi in Maria, a local soap opera. They grew a social media following as a result of their acting prowess and promptly started influencing work once the soap opera ended. The twins have starred in several local productions, which include Jela 5 star among others. As to the question of whether acting was a career they had planned on getting into, they say that it is the best and most unexpected thing to happen to both of them.

“We one day heard there were some auditions. We did not know whether they were

“There are hard times and lean times, we support each other through those moments too. We are constantly learning from each other. Linda is a dreamer and a generally fun person. I have learned acceptance and how to loosen up from her. I am stricter with time, schedules and to-do lists. Linda has picked this from me, I suppose. We are all evolving. We hope to keep pushing each other to be better day on day,” Belinda shares.

Seeing they are identical twins, would they also consider getting married to twins? They say they are not attracted to the same personality type, so twins who are not exactly alike would be an interesting idea to toy with. Right now, they are looking at character first before looking at whether the partner is one half of a twin set.

But what does the future look like for the twins? They want to keep working in the film industry both in front and behind the camera. They also want to keep influencing with products and services that align with their personal brands. They share how they will keep working hard and only time and God will tell how high they will soar.

• While Linda and Belinda are identical twins, they have different interests and hobbies. Linda is an introvert while Belinda is an extrovert.

• They look so alike that their producers and editors in Maria were able to tell them apart over time as they have different personalities. Their physique is also slightly different as one is bigger than the other

• They both believe that education is important no matter the field one ends up working in. They constantly advocate for people to stay in school and not drop out.

Dann Mwangi: My Covid journey to HDU and back