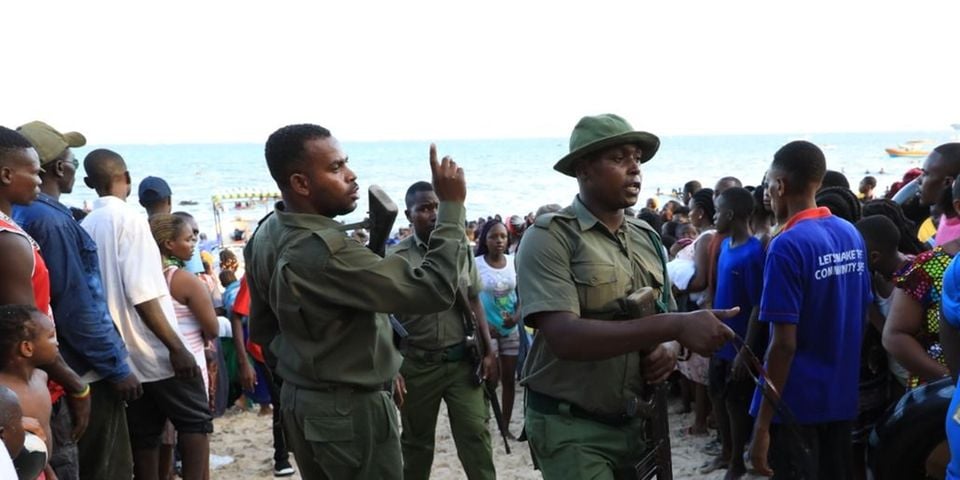 On Christmas Day, a Memon family was having a good time when their boat capsized at Jomo Kenyatta Beach in Mombasa, often known as Pirate’s Beach.

The 12-member Nairobi family lost two of their relatives, a male and a woman, in the event on Sunday night. Mahmoud Noor, the chairperson of the Mombasa Red Cross, stated that one member is still in the intensive care unit (ICU).

Infants who were present with the family at the time of the occurrence and are between the ages of 3 and 5 months are doing well.

The rescue operation engaged a number of organizations, including the Kenya Red Cross and Kenya Coast Guard.

The cause of the accident has not yet been established.

Rescue operation at the Jomo Kenyatta Public Beach, also known as Pirate’s Beach. One woman died after a boat they were riding capsized at the beach.

READ ALSO  Lupita lands new role ahead of mega event in Kenya
Related Topics:News
Up Next