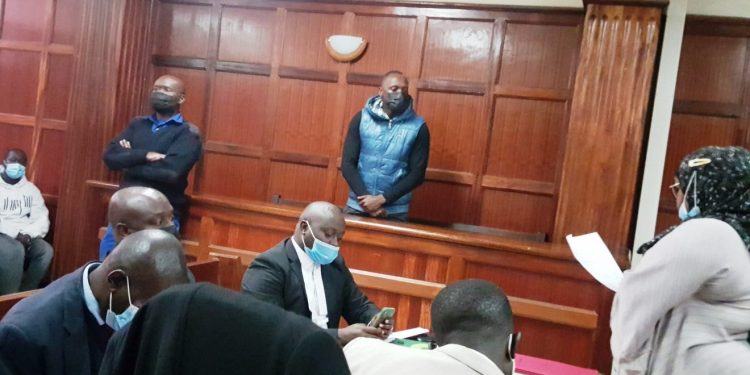 A case in which gold dealers are facing Kshs.170 Million fraud charges will continue on July, 18.

When the parties appeared before magistrate Bernard Ochoi of Milimani Law Courts for mention, he set the pre-trial date to be on July 18, 2022

In this  tge two are accused of conning a Danish national of Sh170 million by pretending that he was in a position to sell him 500 kilograms of the precious gem.

The charge states that on diverse dates between September 1, 2020 and January 21, 2021 at an unknown place in Nairobi County, jointly with others not before the court, conspired with intent to defraud by pretending that he was carrying out the genuine business of selling gold which is 500 kilograms of the precious gem.

The two spend the weekend in police custody after failing to raise a cash bail of Kshs. 5 million each.

They are facing a second count of obtaining money by pretenses against the law.

They are accused of obtaining the said money from Bernhard Ten Brinke. The Pre-trial will continue on July 18, 2022.